See The 43 Rifles That Were Recovered From Bauchi Forest (Photos)


As many as 43 rifles and lots of live ammunition have been recovered from a forest in Bauchi state. 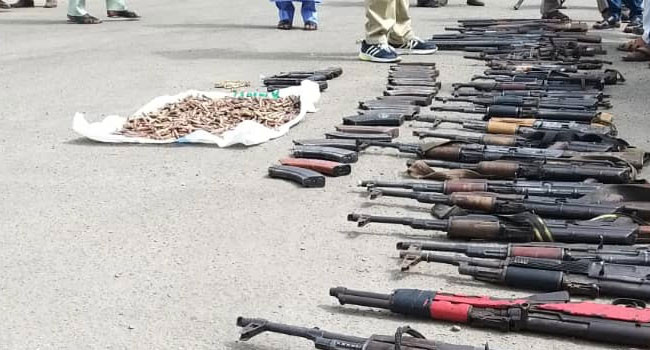 Ali Kwara, a man who happens to be a renowned hunter and thief catcher in Bauchi State, has announced the recovery of no fewer than 1,117 pieces of live ammunition, 43 rifles and 30 cartridges from bandits in the state.

The arms and ammunition were said to have been recovered at the Lame/Burra forest, which borders the Toro and Ningi local government areas of the state, from bandits, who are still at large.

Speaking while handing over the arms and ammunition to Governor Bala Mohammed at the Government House on Wednesday, Kwara, who is an Inspector-General of Police-certified armed robber hunter, said he got a tip-off from a repentant kidnapper.

He said he had been operating with the police and the military for over 21 years, pointing out, however, that military personnel had been withdrawn from him. 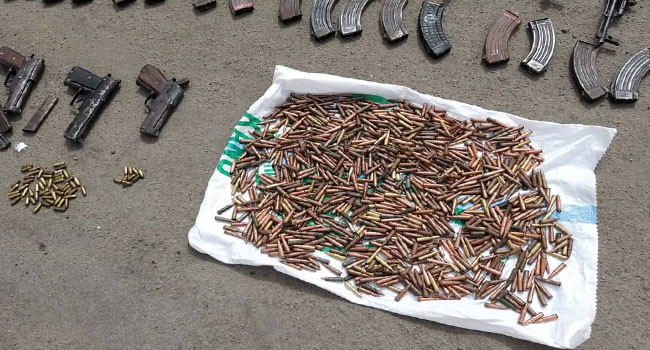 He stated that he had been working with 50 police personnel.

Kwara said, “We’ve been on the trail of a popular kidnapper, who operates in this area; he also operates in Taraba, Benue and Plateau states and he comes from Zamfara State.

“His (the repentant kidnapper) father brought him to me, because he saw that I had started operation and some of his colleagues had been arrested. 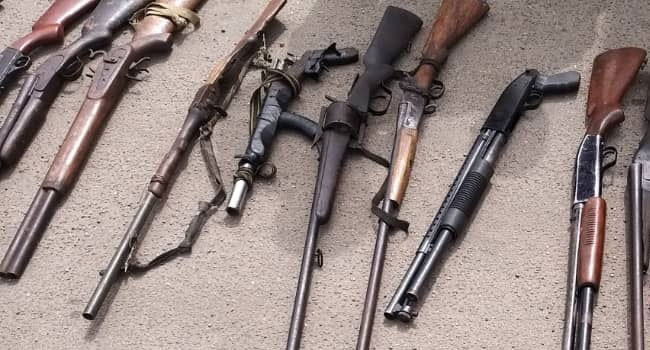 He said the repentant kidnapper was presently in his custody so that the suspects would not track him and either kill or harm him.

While receiving the exhibits, Mohammed said the arms and ammunition were confiscated from bandits, who had fled the state.

The governor stated, “There are some informants within and outside the towns of Bauchi and the environs, who are helping us to do this.

“This feat is also collaboration between the Bauchi State Government, Ali Kwara and the police so that we will be able to have concrete community engagement with a view to knowing all those bandits and armed robbers, who have migrated from Zamfara and other places and looking for abode in our forests.” 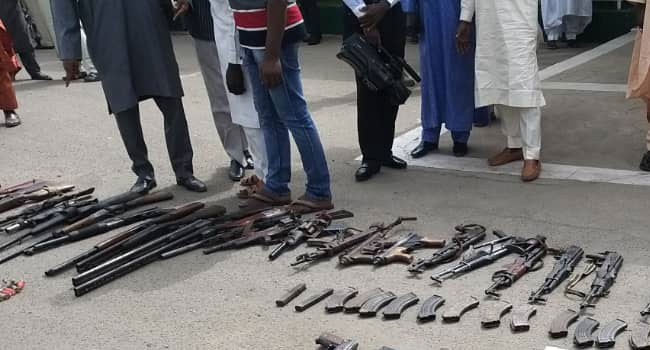 Mohammed added that from intelligence received from the Department of State Services, there were criminals operating in parts of the state, including the Lame/Burra forest, the Yankari Game Reserve and Toro, among others.

He warned that there was no hiding place for criminals in the state.