I Conceived Through IVF - Stephanie Coker Reveals How She Got Pregnant


Nigerian media personality, Stephanie Coker has revealed that she conceived through In vitro fertilisation. 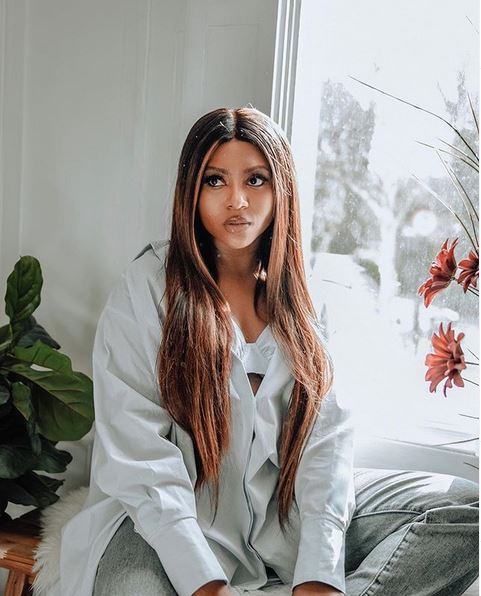 Stephanie Coker, a popular media personality, has revealed to her fans how she got pregnant with her first child.

Coker who is also an actress welcomed her child with her husband, Olumide Aderinokun in December, 2019

The actress who got married in August 2017 revealed she had her child through IVF -In-Vitro-Fertilization.

On her Instagram page, she wrote: “My name is Stephanie Coker Aderinokun, I am a jetset mum, wife, TV host, entrepreneur and I conceived through IVF. ” 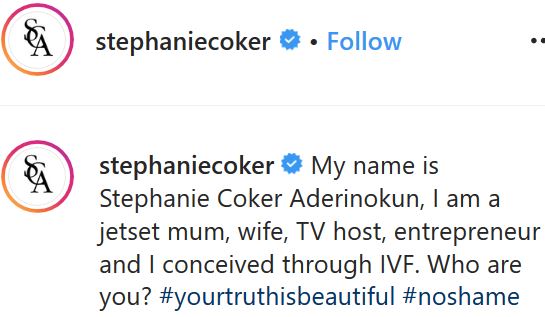 IVF is a medical procedure whereby an egg is fertilized by sperm in a test tube or elsewhere outside the body.