A member of the NYSC has reportedly died after he complained about stomach pain in Sokoto. 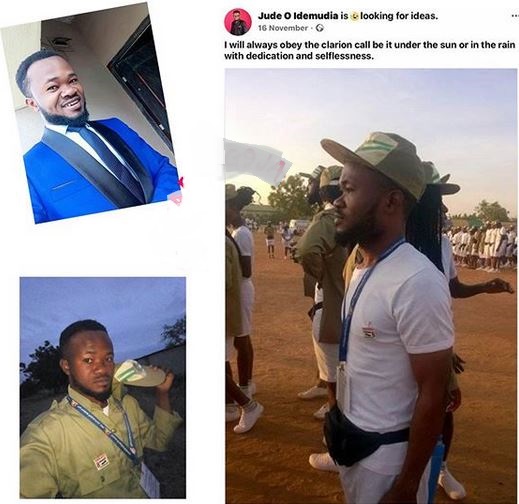 It has been reported that a member of the NYSC, Idemudia O Jude, has died in Sokoto state.

Apparently, it was a tragic day for friends and fellow Sokoto Batch C Stream A Corps members as they lost one of their own to the cold hands of death.

It was gathered that Idemudia had complained of stomach ache last night and was rushed to the hospital this morning where he was pronounced dead shortly after.

The deceased was a Food Technology graduate of the Federal Polytechnic Offa, Kwara State.

Meet Britain's Most Famous Executioner Who Killed Nazis, Serial Killers And Even His Own Pal

DJ Cuppy Opens Up On Alleged Relationship With Broda Shaggi