A man who was caught with a human head and hands in his possession has made a startling confession. 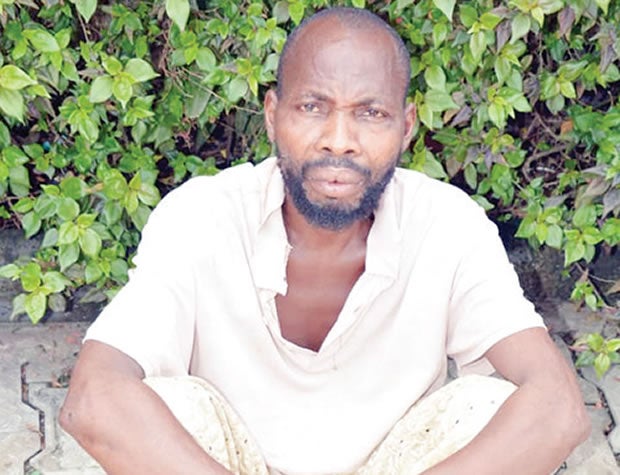 According to a report by The PUNCH, the Ondo State Police Command, on Thursday, paraded some suspected criminals arrested for allegedly terrorising residents of the state in recent times.

The suspects were paraded at the headquarters of the command in Akure.

One of the suspects, Idris Sule, was arrested for being in possession of human parts.

The Police Public Relations Officer in the state, Mr Tee-Leo Ikoro, who paraded the suspects, said Sule committed the offence two weeks ago.

He stated, “One Ahmed Odere, aka Teacher, who has a farmland at the Shinabole Camp, returned home and discovered that something smelt badly in the house he was staying with three other tenants. When nobody could explain the source of the offensive odour, he passed the information to his landlord, Abu Abedo.

“The landlord later followed him to the house and asked everybody living in the house to bring out their belongings to enable him to find out the source of the odour.

“Everybody did and nothing was found, but Idris Sule was not present then. The landlord then sent Odere and one other person to go and search for Sule and bring him. They went to look for him from where he was hiding and brought him to the house.

“He was asked to bring out his belongings and he brought out a big sack, which contained a burnt human head and two hands. He alleged that two sons of one Alhassan Ishaku, came to inform him that their father needed human parts and that they had seen one body in Isua.

“He then followed the two boys, Dipo and Damaka Jimoh, who are now at large, to cut off the head and hands of the victim.”

“It was my brother-in-law, who sent his two sons to me that I should go and bring for him human parts, because he wanted to use them. So, the boys took me to a burnt corpse in a bush at Isua, and we cut off the head and the two arms. I was not the one who killed the person,” Sule stated.

He alleged that he was arrested together with Alhassan but the police had released his brother-in-law on bail.

The PPRO, however, denied this, saying Alhassan and his sons fled when Sule was arrested, adding that the command had launched a manhunt for them.