Aso Rock Is Currently In A Partial Lockdown - Presidency Reveals


Special Adviser to the President on Media and Publicity Mr Femi Adesina made this known to journalists. 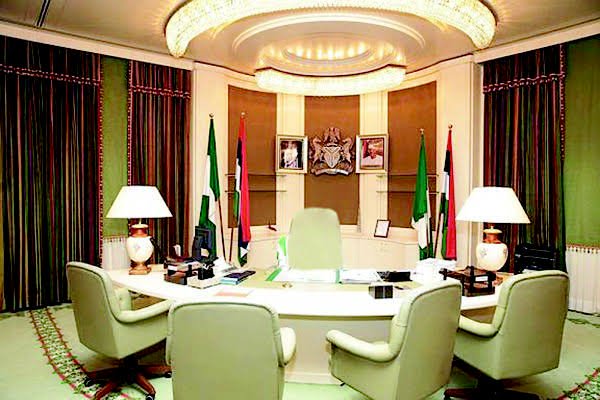 According to The Nation, the Presidency on Wednesday said the State House, Abuja, is on a partial lockdown over the coronavirus pandemic.

The presidential spokesman said the weekly Federal Executive Council (FEC) meeting was suspended, on advice, because of the number of persons involved in it.

According to him, the suspension did not mean that decisions were being taken unilaterally.

“If there is a very important decision to be taken, you can always summon the relevant people – three, four or five and hold a small meeting and arrive at a decision,” he said.

Adesina said though things had become slow in the Villa, it could not be termed a lockdown.

Asked if President Buhari was tested for COVID-19 virus, the Presidential Spokesman asked: “What did you hear about the result?” The reporter responded: “They say it’s negative.”

“We also would pray along with the person, give the person our goodwill and best wishes and they will surely come out of it. Even the index case in Nigeria recovered and has been discharged.

“So, God who has shown us mercy thus far will continue to show mercy. Testing positive is not a death sentence. They will be attended to. They will be tested and they will be fine.”

On the reduction of the number of journalists covering the State House, the Presidential spokesman said a “ban” was the wrong description.

“Anybody that uses that word ban is just operating from a mindset and you know that Nigerians love conspiracy theories but this one is no conspiracy at all. There is no ban.

“In the press gallery, you have about 108 journalists in that single hall and it goes contrary to the spirit of the times.

“The times dictate that you don’t have too many people congregated in one place. Imagine 108 journalists. If one of them happens to catch the virus, he spreads it among all the journalists.

“So, we said for now let them stay away, not much is happening for now. But we picked a certain number, representative of the media.

“If there is anything, they will cover and those who are outside will not miss out because there would be a system in which they can share reports. So, a ban will be a wrong word,” Adesina said.