A pensioner has been found dead alongside his wife after he allegedly stabbed her before killing himself. 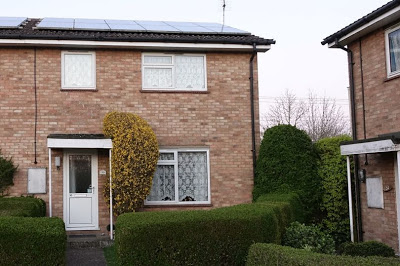 A pensioner is believed to have stabbed his wife before killing himself amid the coronavirus lockdown, an inquest heard.

Alan Smith, 71, and his wife Elsie were found dead in their home in Barrington, near Cambridge, after being called by a neighbour who had not seen them since the day the lockdown started two days earlier.

Police went to the couple's house on March 25 and found them both dead.

David Heming, the senior coroner for Cambridgeshire and Peterborough, said Mrs Smith, 71, was found with stab wounds to her head and neck while Mr Smith was lying on a bed with a plastic bag tied around his head.

Speaking of Mrs Smith's injuries, Mr Heming said: "On the known evidence, these are not self inflicted injuries."

Cambridgeshire Police announced last week that they were treating the death of the couple as "an isolated incident and are not looking for anyone else in relation to the inquiry."

The inquest in Huntingdon heard that a post mortem by Home Office pathologist Virginia Fitzpatrick-Swallow at Addenbrooke's Hospital, Cambridge was unable to determine how Mr Smith died and further tests were being carried out.

A post mortem by the same pathologist gave Mrs Smith's cause of death as stab wounds to the head and neck, pending further neuro pathology tests.

Mr Heming opened and adjourned separate inquests until a date to be fixed.