Following allegations of fraud brought against Humanitarian committee in charge of disbursing palliatives to less-privileged Nigerians, the presidency has reacted. 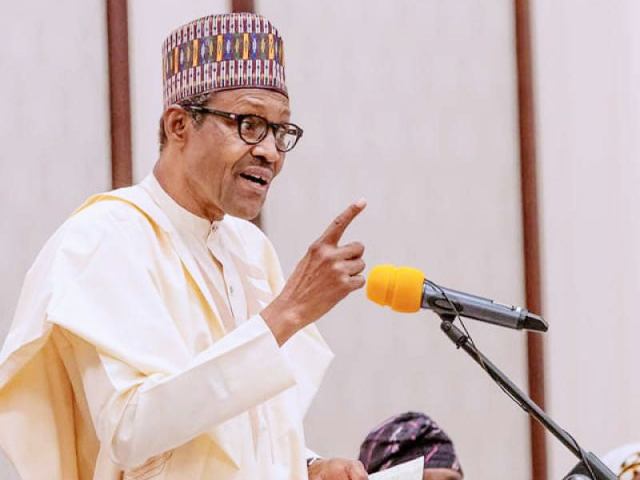 President Muhammadu Buhari
The Presidency has advised politicians to avoid politicising the battle against the Coronavirus but partner with all tiers of government and relevant authorities in the ongoing fight against the spread of the deadly virus.
Malam Garba Shehu, the President’s Senior Special Assistant on Media and Publicity, gave the advice in a statement in Abuja on Friday.
The presidential aide was responding to allegations raised by Sen. Ali Ndume from Borno, in which he accused some unnamed government officials of wrongdoing in the performance of their official duties.
Shehu, however, advised that at this difficult time of the battle by Nigeria against Coronavirus, everyone should help the fight and not seek to make political capital out of it, whatever his or her grievances.
The statement read in part: ”When he was first elected President in 2015, President Muhammadu Buhari said that he belonged to everybody and belonged to nobody. What was true then remains true today.
”He believes in public service, as a servant of the people – and he expects the exact same commitment from members of his government and, of course, his closest aides.
”The President has made it clear times without number that anyone who will not, cannot, or does not pull his weight – nor meet these exacting standards – is not welcome in his administration. A number of ranking officials have been shown the way out at various times simply on account of this.
”Similarly, he believes in loyalty and truthfulness. Should any individuals be found to be serving themselves and not the people, then it is right and proper to call them out. But this must be done on the basis of evidence and proof – not on conjecture.
”It is therefore disappointing to hear a politician call out unnamed individuals in the administration and accuse them of unnamed transgressions.
”If this politician has evidence – then he should make public their identities as well as his proof. Innuendo is not proof.
”Similarly, simply claiming that the COVID-19 Palliative Measures Committee is not functioning as it should is not the same as presenting proof for such a claim.
”No one replaces an institutional government body in the midst of the global pandemic without clear and irrefutable evidence that it needs replacing.
”A news briefing from a discontented politician is rarely the source of such evidence.”
-NAN
Top Stories