COVID-19: Panic In Kano As Over 150 Persons Die ‘Mysteriously’ Under Three Days


Fear has gripped residents of Kano state following the mysterious death of about 150 persons. 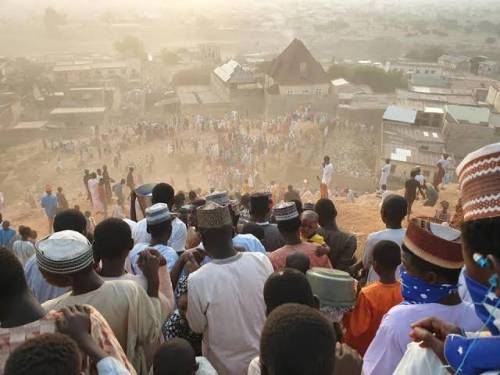 Kano residents
Residents of Kano have been left in a state of fear after 150 persons died under the space of three days.
According to DailyTrust, the dead bodies buried in three cemeteries excludes others buried in dozens of burial grounds across the eight local government areas that constitute Kano metropolis, Daily Trust reports.
Khalid Munir, a resident in Kano, who spoke with SaharaReporters on Tuesday, said he was deeply concerned about the situation because cases of Coronavirus in the city were rising.
Kano State has 59 confirmed cases of COVID-19 as at Tuesday – an exponential increase from when the index case was first reported 11 days ago.
“Who knows what is killing people? The development is causing people to panic and no one knows what is going on.
“The index Coronavirus case for example went to a lot of places even Friday prayers before he was confirmed positive, so a lot of people might be walking around with Coronavirus and dying from it and not even know," he said.
They local governments affected so far are Kano, Nasarawa, Gwale, Dala, Ungogo, Fagge, Tarauni, Kumbotso and Municipal.
Bashir Mohammed, one of the undertakers at the Dandolo Cemetery in Goron Dutse, Dala Local Government Area, told Daily Trust, “This is worrisome, we are becoming overwhelmed by what we are seeing these days because to me the way people are dying is not ordinary."
Another undertaker known as Mohammed said between Saturday and Sunday, over 30 people were buried in the cemetery in contrast to maximum daily record of 10 burials previously.
Mohammed disclosed that most of the people buried within the period were aged cutting across both sexes.
Similarly, at Abattoir Cemetery near Kofar Mazugal, it was gathered that 61 persons had been buried over the weekend.
The cemetery attendants, who disclosed this, said most of the deaths were from Zage, Darma, Sharifai and Gabari as well as Zangon Barebari communities in Kano municipality.
Top Stories