New Prophecies: President Buhari Is Not Healthy, Pray For Him - Primate Ayodele


In his new prophecy, man of God, Primate Ayodele has called on Nigerians to pray for Buhari to avert another mourning in Aso Rock. 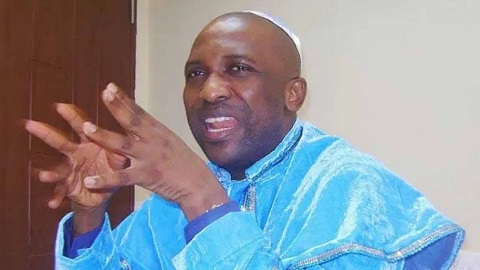 Primate Ayodele
Nigerians have been warned to pray hard in order to avert another mourning in Aso Rock.
This was made public in the new prophecies released by the founder and General Overseer of the INRI Evangelical Spiritual Church, Primate Elijah Ayodele.
He said that President Muhammadu Buhari is not healthy as he spoke on who should replace Mallam Abba Kyari as his new Chief of Staff.
In a new series of prophecies he released following the death and burial of Kyari, Ayodele also warned that the nation should pray against more mourning in Aso rock.
He said, “We still need to pray against any sort of mourning in the villa.
“President Muhammadu Buhari needs prayer. He is not stable health wise."0
The Prophet further also advised Buhari to go for a former Army General as new Chief of Staff, adding he (Buhari) must be careful in selecting who occupies the vacant position.
He said: “President Buhari is troubled in mind about who will be his next Chief of Staff
“So many people are coming to him
“If he picks wrongly, it will even bring disappointment into his government.
“He needs someone who is God fearing, someone who will understand the needs of the masses, not someone who is selfish, someone who has done what is right.
“Picking an ex-General will help.”
Top Stories