A letter to President Muhammadu Buhari over the recent mysterious deaths in Kano written by Kwankwaso has been condemned by the presidency. 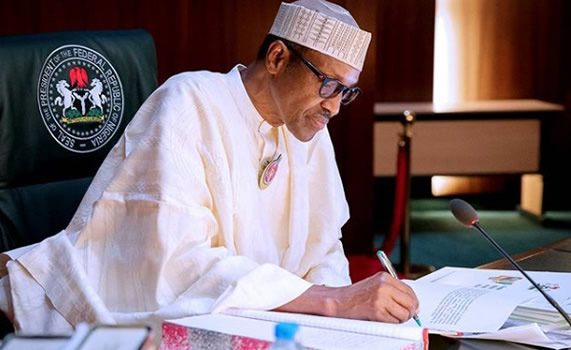 President Muhammadu Buhari
The Presidency has condemned an open letter written by Former Kano State governor, Rabiu Musa Kwankwaso, to President Muhammadu Buhari over mysterious deaths in Kano State.
Kwankwaso had in a letter made public on Monday accused Umar Ganduje’s government of failing to provide the desired leadership required at a critical time in the state.
He accused Ganduje of being partisan, adding that the government palliatives are being distributed based on political patronage.
Reacting, Bashir Ahmad, Buhari’s Personal Assistant on New Media condemned Kwankwaso for publishing the letter on Twitter.
According to him, politicising the issue in Kano State is the first step taken in the wrong direction by Kwankwaso.
On his Twitter page, Ahmad wrote: “Wait, is this a letter to the President or an open letter to the people of Twitter?
“ I assume H.E. Kwankwaso, as a former Governor, knows better than all of us, how to properly send a letter to the President.
“Politicizing Kano’s issue is the first step taken in the wrong direction.”
Top Stories