Did 50 Police Officers Truly Attend Burial Of Tinubu's CSO? Check Out What Lagos Command Is Saying


Raheem passed on four days ago after a brief illness and was buried at his residence in Marplewood Estate, Agege at the weekend. 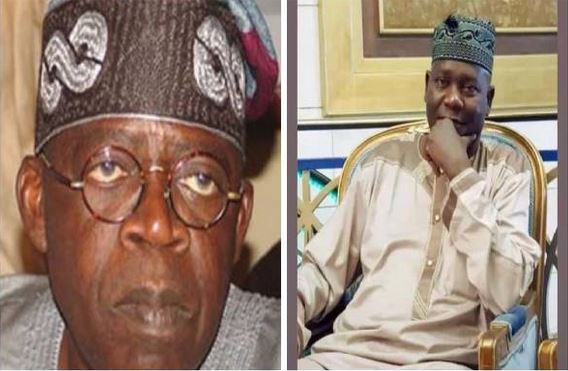 Raheem passed on four days ago after a brief illness and was buried at his residence in Marplewood Estate, Agege at the weekend.

Following confirmation on Monday by Tinubu that the late CSO died of coronavirus, some residents called on Governor Babajide Sanwo-Olu and the National Centre for Disease Control (NCDC) to begin contact tracing, alleging over 50 policemen as well as politicians and other sympathisers attended the burial.

They also appealed that the area be decontaminated to prevent further spread of the virus.

Among those who raised concerns was public affairs analyst, Jumu’ah Abiodun, who wrote an open letter to Sanwo-Olu on Tuesday calling his attention on the need for contact tracing of all those who attended Raheem’s burial.

Noting the purification rituals usually conducted before the body of a Muslim faithful was interred, Abiodun said: “I have been informed that over 50, I repeat, over 50 police officers were at his Maplewood Estate residence on Friday, April 24, 2020 till he was buried. Islamic clerics, politicians, family members, among others were all there.

“My advice for you and your team Mr. Governor, is to ensure contact tracing. Family members, neighbours and sympathisers; politicians who visited the family before and after burial; clerics who prayed for and interred the body; police officers that visited the home.

“Also, disinfect the house and entire surrounding. If possible, by extension, disinfect two houses on the left and right sides of his building. I have also been informed that there’s panic among the residents of Maplewood Estate since Tinubu’s statement was released.”

He added: “I enjoin you and your COVID-19 Team to swing into action for the sake of over 20 million Lagosians. As Incident Commander, I trust that you would do justice to my message.”

Reacting to this, spokesman for the Lagos Police Command Bala Elkana said it was untrue policemen participated in the funeral, insisting that there were no much crowd as insinuated.

He said what the residents might have seen were policemen who were deployed to stop sympathisers from trooping to the residence in compliance with the social distancing order.

Elkana said: “We received information that sympathisers were flooding into the area and the Commissioner of Police gave directives to Area G command to deploy cops to the roads, streets leading to the estate to turn people back. Of course, most of the people were not happy that they were not allowed to go to the burial but we had no choice than to send them back.

“It is very untrue that 50 policemen attended the burial. We did not even deploy up to 50 policemen to the area and they were not anywhere near the burial place. Their job in the area was block people from getting to the estate for burial which they did.

“Most of the people especially politicians were rushing to the venue because they heard Asiwaju Bola Tinubu will attend the burial but he did not come. Policemen also did not let the crowd get in. They were turned back and the policemen stayed on guard till the burial was over.”