The COVID19 test result of the improperly kitted mourners of the Late Abba Kyari has been released. 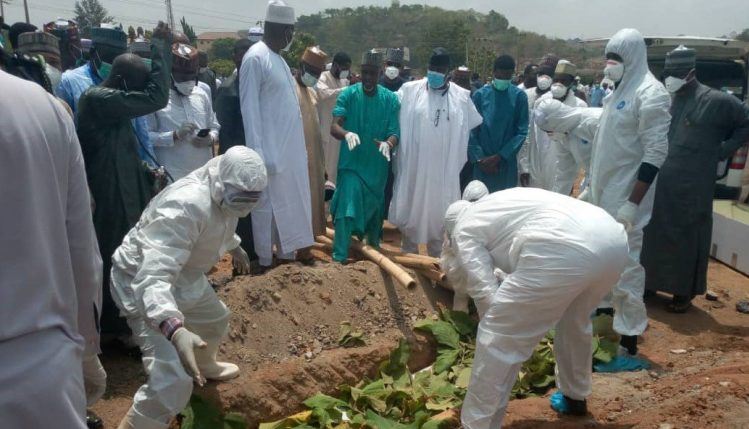 All the improperly kitted mourners at the burial of late Abba Kyari on the 18th of April have tested negative to coronavirus.

Kawu said they have completed 14 days in isolation and been reunited with their families.

There was a national uproar after a video of the mourners went viral.

The video showed some of them without masks.

One of the mourners also dumped a protective suit carelessly at the burial ground in Gudu, Abuja.

Their actions breached the burial protocol outlined by the World Health Organisation and Nigeria Centre for Disease Control, NCDC.

The FCTA swiftly moved to arrest all the mourners.

Some of them, who were staff of the Presidency, were barred from coming to the office, until they completed 14-day isolation.

He was buried 18 April in Abuja.