Saula was held in the Kirikiri Correctional Centre for six years despite legal advice from the state's Directorate of Public Prosecutions that he should be released five years earlier. 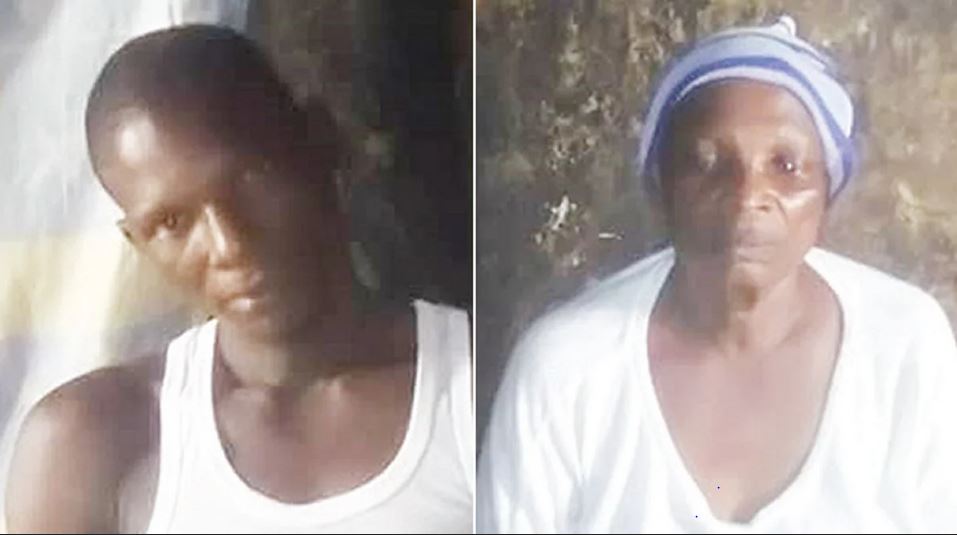 According to Punch Metro, a bricklayer, Idris Saula, will never be the same again after six years of his life were stolen by the country’s criminal justice system.

Saula was held in the Kirikiri Correctional Centre in Lagos State for six years despite legal advice from the state’s Directorate of Public Prosecutions that he should be released five years earlier.

PUNCH Metro gathered that the 36-year-old had in 2014 gone to work at a construction site in the Sangotedo, Ajah area of the state.

He was, however, arrested during a raid by policemen from the Ajiwe Police Station.

After a few days in custody, he was transferred to the Ikeja office of the Special Anti-Robbery Squad, where he spent five months.

The victim was subsequently taken to a magistrates’ court and arraigned for armed robbery and was remanded in prison.

It was gathered that the DPP released the legal advice absolving Saula of all charges.

However, the police prosecutor did not take the advice to court, as the bricklayer languished in prison.

PUNCH Metro learnt that after the arraignment of the Lagos State indigene in 2014, he did not step into court again until his miraculous release on April 30, 2020.

“When they opened the prison gate and told me to go, I could not understand what was happening to me. I felt giddy as fresh air blew on me. I have still not recovered,” he told our correspondent as he sat on a pinning bed, while his mother and siblings battled to save his life at home.

Saula, our correspondent learnt, was his parents’ only son, with four female siblings.

It was gathered that their father died when they were young and their mother, a fried fish seller, had been catering for them.

The victim, while recounting his ordeal, said his inability to pay N50,000 to the policemen at the Ajiwe Police Station for bail was behind his predicament.

He stated, “I was called for a bricklayer’s job at Sangotedo. We were working when we heard a noise of some thugs fighting. Shortly afterwards, the police came and raided the area. I was among the seven construction workers they arrested.

“When we got to the police station, they demanded N50,000 for our bail. Others paid and they were released. My phone had been taken and I did not know the number of any family member off hand.

“After spending three days in the station, I was taken to the SARS office in Ikeja. I spent five months and two weeks there. They did not even bother to find out the whereabouts of my family or anybody.”

“One day, they just brought me out of the cell and took me to the Ikeja Magistrates’ Court, where I was arraigned alone for armed robbery. From the court, I was taken to the Kirikiri Medium Prison. For days, I was depressed, because I was suffering for what I knew nothing about.”

He explained that luck, however, smiled on him when an elderly man, who lived in Ikorodu, was brought to the prison for a minor offence.

The new inmate, after listening to his story, promised to connect Saula to a rights lawyer.

“He called Baba Femi Falana, who sent a lawyer to interview me. I was surprised on Thursday, April 30, 2020, when my name was called and I was told to go home,” he stated.

Asked if he was aware of the legal advice on his matter, Saula said nobody told him about it.

He explained that complaints to the prison officials that he had never been taken to court for trial were rebuffed.

“I always went to the prison’s record office to know when my case file would be called. They kept telling me to be patient that it was not my turn yet. When I became persistent, they chased me away with a cane. I just resigned to fate and kept praying and asking God to bring me out,” he added.

His mother, Olayemi Monsuru, said Saula collapsed at the bus stop and was conveyed home in a tricycle.

She explained that he was given “blood tonic and malt” to recover.

Monsuru recalled that when the 36-year-old did not return home from work in 2014, she raised a search party to look for him.

The 69-year-old mother said nothing was heard until eight months later when some freed inmates said they sighted him in Kirikiri.

She narrated, “From that time, we kept visiting him in prison and later got a lawyer, whom we paid over N200,000. The man lived in the same community with us and we attended the same church.

“But after some time, he stopped taking our calls and we were informed that he was dead. Since that time, we had been helpless.

“We found a young lawyer, Folake, who asked us to pay N10,000 for her to visit him in prison. We paid the money.

“After the visit, she demanded N150,000 to continue to help. I am a widow and I sell fried fish by the roadside. We were still making efforts to raise the money when God intervened.”

Monsuru appealed for help for Saula, saying the family was heavily in debt.

He said, “We wrote a letter to the attorney-general to inform him about Saula’s unlawful detention. In the course of investigation, the DPP discovered that the legal advice written on the matter over five years ago was to the effect that he should be released from custody, because there was no evidence that he was part of any armed robbery or other criminal gangs whatsoever.

“The legal advice was sent to the police, but it was not forwarded to the magistrates’ court. Hence, a dysfunctional criminal legal system kept an innocent man in jail for six years.

“The legal advice was forwarded to the court and the magistrate ordered the production and release of the defendant. A court order was obtained and served on the Kirikiri Correctional Centre and he was released.

“We are going to sue the Nigeria Police Force. Of course, we are going to join the prosecutor, whose negligence kept the man in unlawful detention for years. More importantly, we are going to challenge the dysfunctional criminal justice system that sentences indigent people to prolonged detention without trial.”