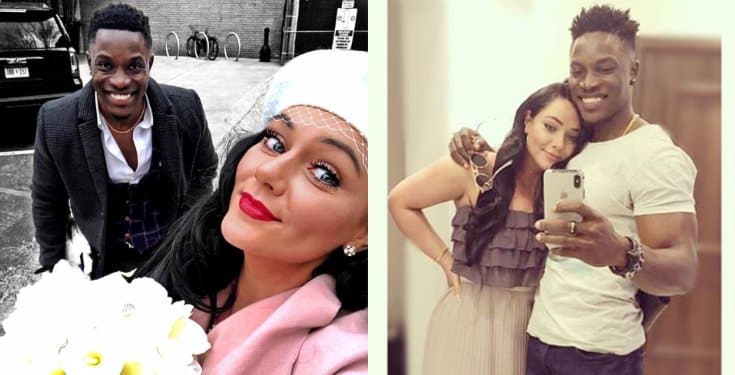 Bassey and wife, Nadia
Former Big Brother Naija housemate, Bassey Ekpenyong and his wife Nadia have celebrated their wedding anniversary.
They took to Instagram to celebrate their 6 months wedding anniversary.
Bassey who noted that it is an “early anniversary” celebration of a relationship filled with love and laughter, described his wife Nadia as his “love song“.
He wrote:
“An early anniversary celebration of a RELATIONSHIP of Love and Laughs.
I know beyond a doubt, You are my Love Song.?
I’ll do this over again with you Omalicha”
Nadia also celebrated with her husband, writing:
“Happy Anniversary Mr. E 👑⠀
⠀
Being married to you, is so fun! – daily dancing and laughter, growth and progression. Making the moves we’ve always talked about, and living out our dreams together. Look at us – two marriage skeptics, having the best life being married. ⠀
6 months is nothing in comparison to what we have ahead of us, but … we’ve built our foundation during these months and it’s pretty damn great.
And it’s only the beginning.
I just really like you 🤤, you continue to make me blush.
I love you so much. ❤️⠀”
The couple who live in U.S. together, got married in December 2019. 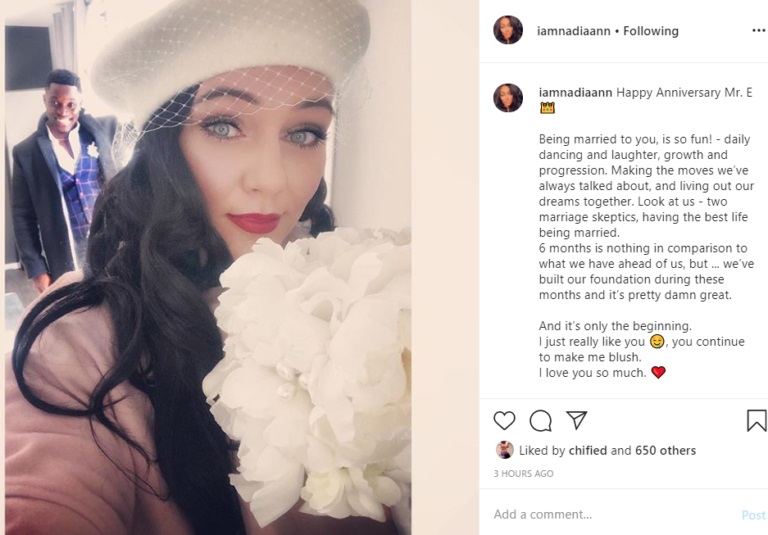