Governor Makinde made the disclosure via his Twitter handle in the early hours of Thursday. 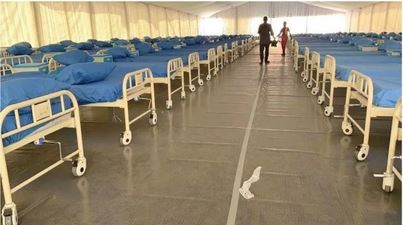 Governor Seyi Makinde of Oyo State has narrated how a 10-year-old boy reportedly absconded to the northern part of Nigeria after testing positive in Oyo.

Makinde, who made the disclosure via his Twitter handle in the early hours of Thursday, confirmed eight new COVID-19 positive cases in the state.

He said, “We also have a further update on the two absconded cases reported earlier today. They absconded before being admitted to any of our isolation centres.

“After intensive contact tracing, one of them has been found and admitted to the Infectious Diseases Centre, Olodo, Ibadan.

“The other is a 10-year-old boy who, eyewitnesses claimed, boarded a north-bound vehicle. His details had been sent to the Sokoto State PHEOC. Contact tracing is still ongoing.”

The eight new COVID-19 positive cases bring the number of infections in the state to 52, The PUNCH reports.

The governor also said two COVID-19 patients undergoing treatment in the state facility have been discharged.

Makinde wrote, “The COVID-19 confirmation tests of eight new cases just came back positive from the laboratory. This increases the number of confirmed cases in Oyo State to 52.

“Two confirmed COVID-19 patients were discharged from the Infectious Disease Centre, Olodo after receiving their second negative test results. This brings the number of discharged cases in Oyo State to 13.”

The governor urged members of the public to call the Emergency Operations Centre on any of the designated telephone numbers if they find travellers from other states arriving in their communities.