A Nigerian woman has reportedly stabbed her husband to death over a phone call with another woman. 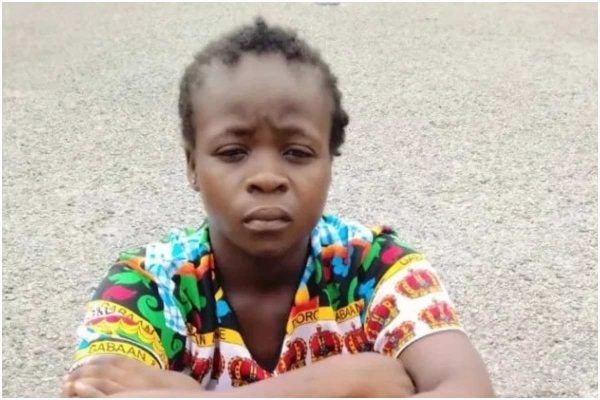 Veronica Boniface.
A 22-year-old pregnant woman, Veronica Boniface has been arrested by men of the Nigeria Security and Civil Defence Corps (NSCDC) in Nasarawa State for allegedly stabbing her husband to death following a purported phone conversation with a ‘strange woman’.
Mohammed Mahmoud-Fari, the state commandant of the NSCDC, said the suspect was arrested on Tuesday after allegedly committing the act.
According to him, the suspect stabbed the late husband with a kitchen knife following an argument about a phone call from a purported strange woman.
The suspect, a mother of one who is currently pregnant, revealed her intention was to scare her late husband and collect the phone but mistakenly ended up killing him.
According to her, she was using the knife to peel yam before the altercation “and mistakenly stabbed her husband in a bid to collect the phone from him”. She regretted her action and pleaded for leniency.
Top Stories