A governor and his bodyguards have become the latest victims of terrorists following a fatal blast. 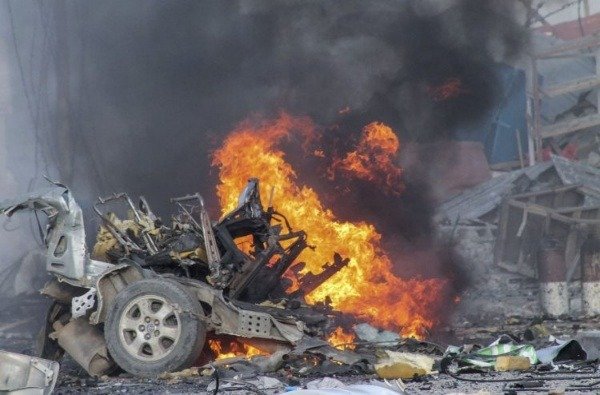 Scene of the attack where the governor and his bodyguards were killed
Al-Shabaab jihadist group have claimed victory after a Somali governor and three bodyguards were killed in a suicide attack in the regional capital of Galkayo on Sunday.
According to reports, the attacker rammed a scooter taxi into the car carrying the governor of the north-central Mudug province, Ahmed Muse Nur, and his security detail, before detonating an explosive device.
Police captain Mohamed Osman, who confirmed the news, told Reuters that:
“A suicide car bomb hit the governor’s car. Governor Ahmed Muse Nur and three of his bodyguards died,”
Mohamed Osman confirmed the toll of four and added:
“There are other casualties but the details are still being investigated.”
In late March, the governor of Puntland, a neighbouring semi-autonomous province, was killed in similar circumstances.
Al-Shabaab, an Islamist militant group waging a deadly insurgency in Somalia, also claimed responsibility for that attack. 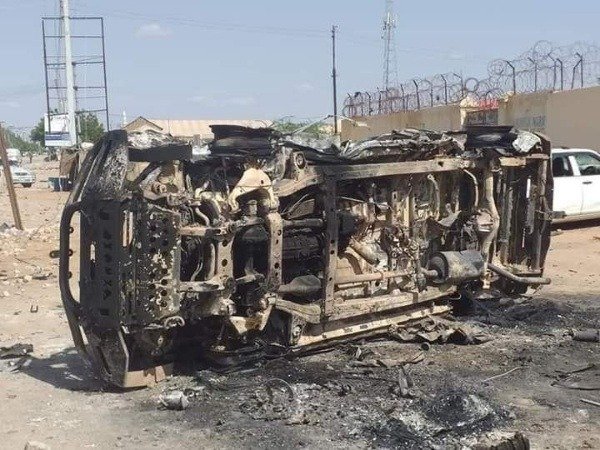 On Sunday, it posted a statement on a pro-Shabaab website that said:
“The governor of the apostate administration in the Mudug region was killed in a martyrdom operation in Galkayo today.”
Galkayo has been rocked by fighting between forces from both regions; and also by rival clans in the northern and southern parts of the town.
Top Stories