Horror! How Bricklayers R*ped And Got Mentally Handicapped Girl Pregnant In Ogun


A man has talked about how he and others were allegedly extorted by SARS officers who arrested him. 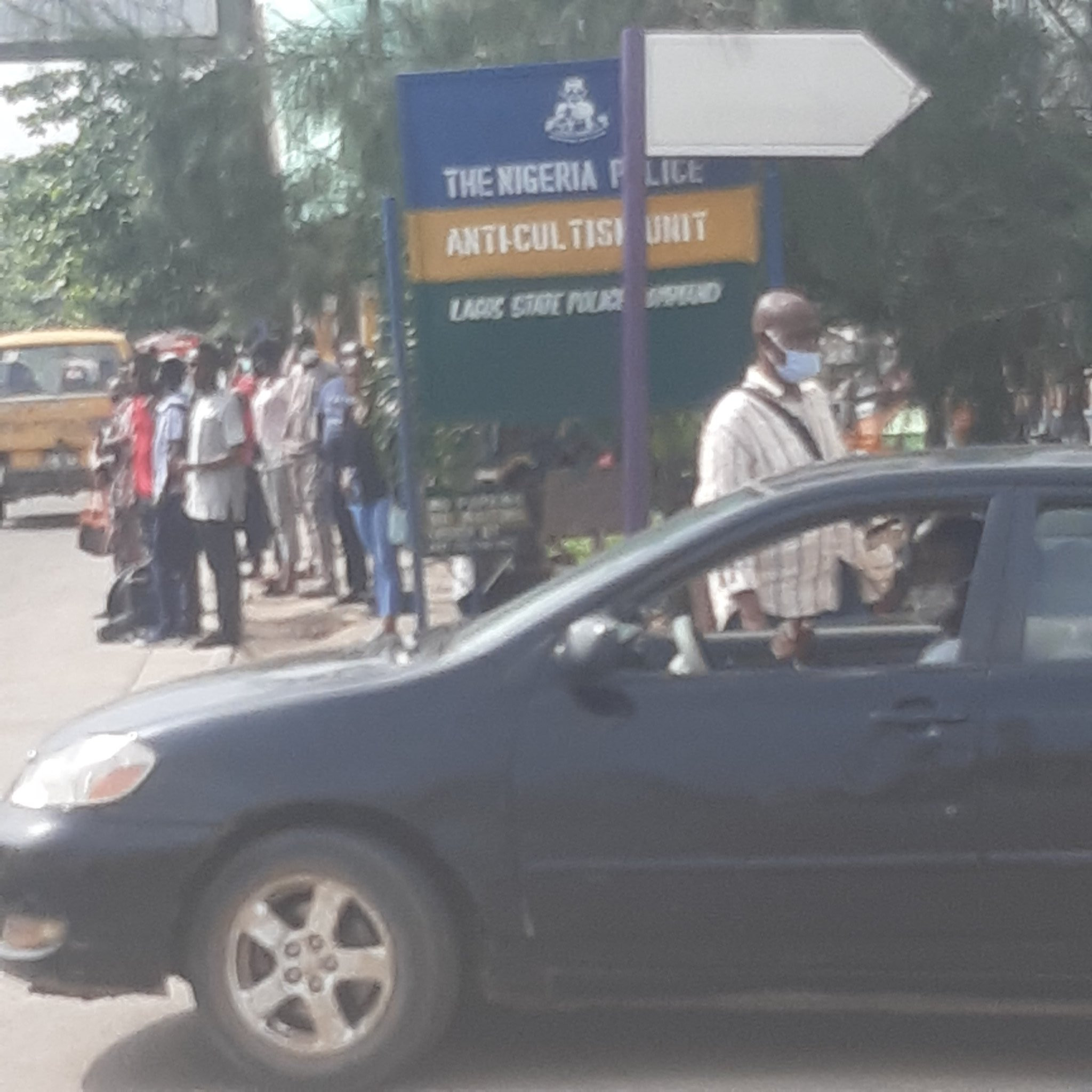 A Nigerian man has narrated how he and others were allegedly extorted by SARS officers who arrested him after getting a haircut.

He said the SARS officers were from the Anti Cultism Unit in Gbagada Charlie Boy, Lagos and they picked him up before 8pm on Wednesday June 3.

@Dav_Okwulili also alleged that the security operatives arrested people sitting in front of their houses and assaulted those who resisted.

The Twitter user who claims he and others were bailed out with N10,000, said there was a lady who has been in the police cell for two days because he refused to sleep with one of the police officers.

He tweeted; MY EXPERIENCE WITH THE @PoliceNG SARZ (Anti Cultism Unit)

Why i am writing this is basically not because of me, but because we have a messed up & unprofessional set of people being employed without proper process and orientation.

I left my house around past 6pm yesterday to get plastic buckets with a friend because he just moved into a new apartment around Gbagada. On returning, i branched into a saloon to have my hair cut which was around past 7pm. I was done with my hair by quarter to 8pm then paid ...and left, i got across the road to take Napep from the salon to where i stay.

The next thing, i saw four men in black, boldly written on their shirt "Anti Cultism Unit" with guns. Then one of them grabbed me from the waist, while he said i should get into the bus, i asked why?...he said, they are police that i should get inside. I obeyed and entered (before i start receiving slaps).

Then i was searched, which i was having just 4k and my atm card, my phone and its charger. They said i should give them my phone, i refused and said that it was private....that they ain't permitted to search it. They asked what do i do, i said i am a Software Developer and i mentioned the company i work with, they requested for my ID Card, i said i just came to cut my hair and i did not come with an ID (which in my head i said f**k up).

They said i should not call anybody nor use my phone. Few minutes later, a call from the office came in, cause we have been working remotely, i picked and the phone was dragged from my hand, which i didn't bother dragging cause i can't afford to start fixing Samsung screen.

(fast forward)... They drove us down to Gbagada Ifako, Yetunde Brown street, to Deeper Life HQ, and to New Garage. Tho while they where driving, they picked more people, even those that where sitting in front of their houses, if you resist, they will use slaps and punches...which i was clearly avoiding, they even used tear gas on one.

We got to the station (Anti Ciltism Unit, Gbagada Charlie Boy) around quarter to 10pm. We came down from the bus with our hands up, which i so felt humiliated and portrayed as a criminal. They removed our slippers... & shoes, took us inside, while they wrote down our names, and went out for second parade. I saw alot of people, both female & male, inwhich more were still being brought in by different units. I over heard some saying they picked them from Ikorodu, OniPanu, Mushin, Oshodi...Bariga & Ketu etc.

One of the girls said she has been there for 2days now, cause she didn't agree to sleep with one of the policemen. We were treated as criminals, they took us to the passage of the cell, told us to sit on the floor, while more people were brought in.

The odour from the toilet covered the cell, inwhich i had to hold my urine till i couldn't take it anymore. Not to talk of the cell itself, the mosquito were vampires, they ate the living hell out of me, cause there was no light. For a while I couldn't sleep.

I woke up more than 20times to find out it was still 3AM. Also everyone was sharing how they got picked. By day break, we were called out by the unit that brought us in. We were taken to the back of the cell to write statement sitting on the floor

They gave us our phones to call someone, one by one, it was in the process i took those pictures, inwhich one of them noticed and requested for my phone, but was smart enough to do the needful, so i was unable to capture their faces. To cut this story shot...

I was finally bailed by both of my friends that have been trying to reach me all through yesterday till today. Note: We were so much that i couldn't count. But an estimate of the money they made: You will bail one person with "at least N10,000", nd if you multiply...

N10,000x200 people, we have 2million. Also before you go into the station to see anyone, you will deposit N1,000 at the gate. I can not express this more as everything that happened is still funny to me, cause this is my first time ever, sleeping over in a police...station, combined with how messy this one is. This is just to create awareness of the mess the society is in, cause i believe there are still some people that will spend the next 5 to 7 days in that station.