While growing up, he used to hide from his parents to go play football because they thought football was a sport for those that had no interest going to school. 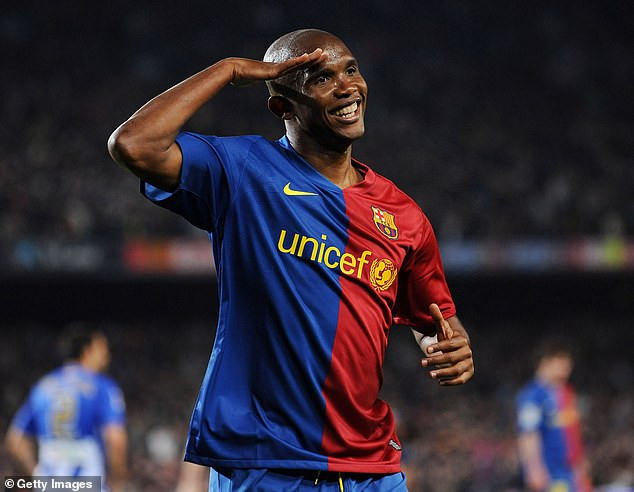 Cameroonian Football legend, Samuel Eto'o has revealed how a local game in his city convinced his parents to allow him to play football.

But while growing up, he used to hide from his parents to go play football because they thought football was a sport for those that had no interest going to school.

He said the major break happened when his father accidentally saw him played so well in a local game in his city, and that was how he got convinced and allowed him to continue playing football.

I lived and breathed football – but my parents were very hard on me,' the 39-year-old said via FIFA.com. 'They did not accept the fact that I played football because to them football was something children played if they didn't go to school.

'I was obviously going to school and I was not a bad student, but I had a passion, which was football. I vividly remember one day I played a game in my city and I had to hide in order to go play. What I didn't know is that my dad was with some friends in the bar in front of the field.

'Everything I did that day in that game gave me my "pass" to play football freely. Because my parents did not know [until that moment] that I seemed to have a natural talent for the game.

'I was the hero of my neighbourhood after that game. That day, when I returned home, my father arrived a little later and said: "You are so good, I saw your match today. I'm going to talk to your mother so you can keep playing."

'That is how he gave me a pass to keep playing. I was about 12 or 13 years old. From that moment on there was no looking back.

'I had the blessing of my father and you could not keep me off that football pitch. Day or night. From there, it was one or two years before I went to Europe, and my life changed forever.'