These are takeaways from the BBNaija Pepper Dem Reunion show which has been airing on TV. 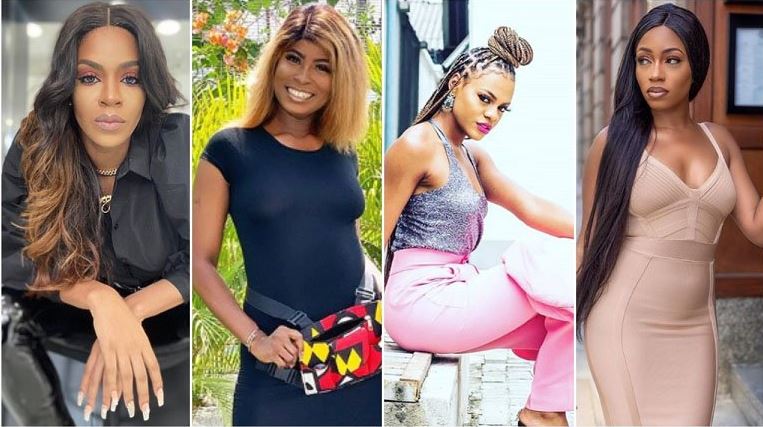 As the reunion of Big Brother Naija Pepper Dem housemates enters the second week, Jackye, Venita, and Ella were the main attraction. Here are three takeaways from week two.

The drama continued when the host, Ebuka Obi-Uchendu decided to talk about pretenders in the house. Jackye was quick to announce that Khafi was the biggest pretender in the house. Jackye said Khafi pretended to be a good and caring personality but she is not. Jackye reminisced on a conversation with Khafi on Mercy’s bum and how she twisted the conversation to curry Mercy’s favour.

Jackye also used the opportunity to say she has no ill feelings for body enhancement. The techy ex-housemate said it is obvious she has small boobs and there’s every possibility of enhancing her boobs.

I believe Ella is bipolar and deceitful – Venita

Another round of drama began when Ebuka sought to know the genesis of the issue between Venita, KimOprah, and Ella.

Venita expressed her dissatisfaction with Ella’s attitude saying she feels the vocalist is bipolar and deceitful.

“I believe Ella is deceitful and bipolar with five different personalities all in one,” Venita blurted out after explaining how Ella allegedly deceived other ex-housemates.

Venita said Ella deceived all housemates to get money from them at different times after which she went public to say she was broke and her mum was sick and she later shared a picture of herself performing at a gig looking sweet.

Ella insists her mum was ill and angry for soliciting funds

In response to the allegations against Ella on being deceitful and not straightforward, the vocalist insisted her mum was ill and that she never lied about her mum’s health. Ella further said she switched off from other ex-housemates because she had to be with her mum who was angry with her for soliciting funds from the public to support her. An angry Mercy had queried if Ella was doing drugs to which she stuttered but denied doing drugs. An emotional Ella broke down saying she is being perceived as a bad and deceitful person despite dealing with her sick mum’s displeasure over her decision to solicit funds from the public.

'Save Me' - Veteran Nigerian Singer, Baba Fryo Cries Out For Help As He Battles Depression
Recent Stories