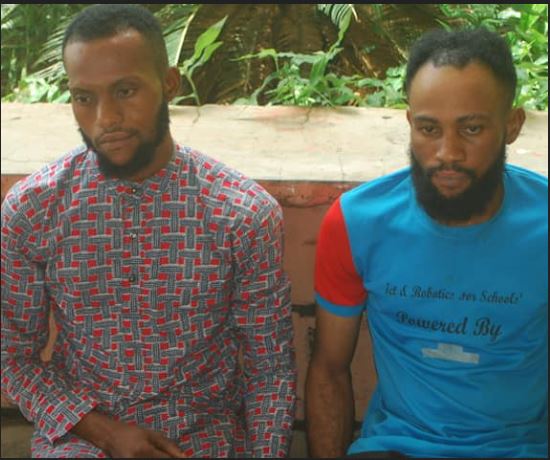 Men of the Niger state police command have arrested two men, Victor Okebugwu, 32, and James Amaonye, 33, for being in possession of 36 ATM cards suspected to have been stolen from members of the public.

A statement from the police command spokesperson, ASP Wasiu Abiodun, says on June 5, police Intelligence Operatives on Bank surveillance in Minna, picked up both men when they found loitering within the premises of a Commercial Bank in a suspicious manner.

According to the statement, an investigation revealed that the suspects specialized in defrauding unsuspecting members of the public in the pretense of opening Bank account for people, or to assist them in operating ATM.

The following items were recovered;

The statement adds that the suspects claimed the cards were collected from their game betting customers for purpose of crediting their account of proceeds from the games, and later unlawfully withdraw their money.

The police say investigations is still ongoing and that the suspects will be charged to court soon.