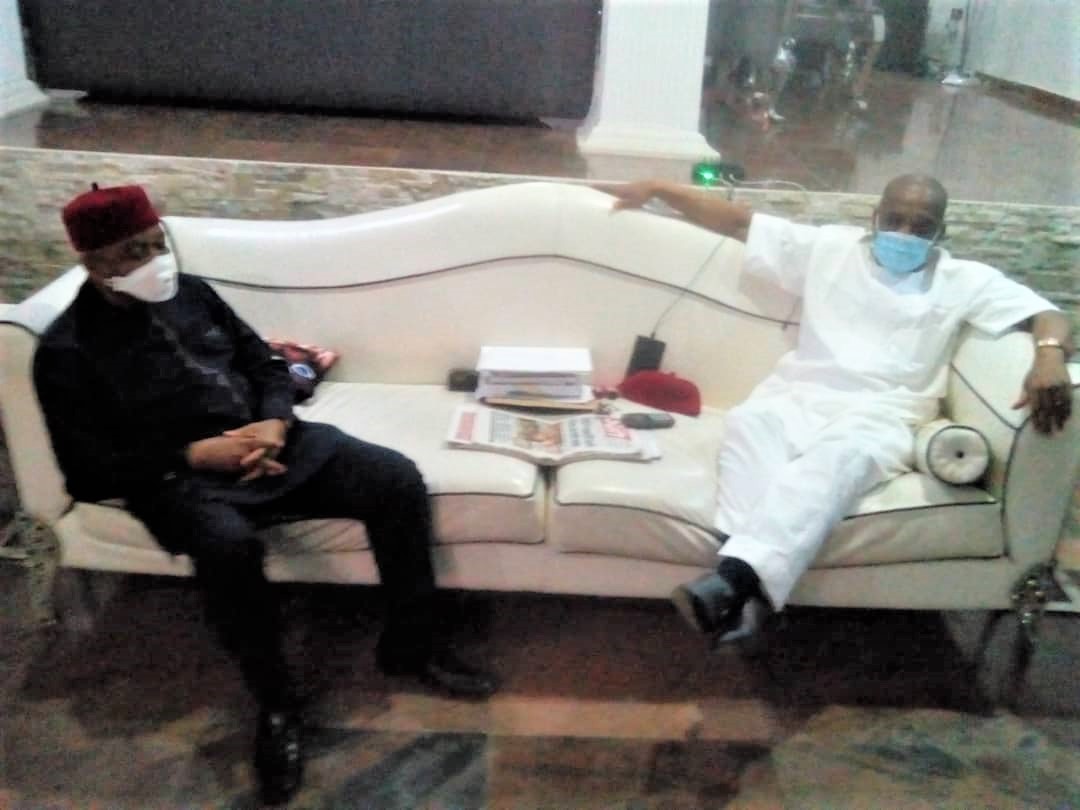 TA Orji visits Orji Uzor Kalu at his Abuja home
The senator representing Abia Central, T. A. Orji has paid his Abia North counterpart, Sen. Orji Uzor Kalu a surprise visit at his Abuja residence.
Recall that the duo had been in a frosty political relationship few months after Sen. T.A Orji became the governor through the support of his predecessor, Sen. Orji Uzor Kalu.
The Wednesday visit is coming few days after Sen. Kalu was released from the facility of Nigeria Correctional Service in Abuja following a court order.
Top Stories