“It Is A Sin To Be A Tenant; When You Have A Landlord, You Have Two Lords” - Nigerian Pastor Says (Video)


A pastor has warned his congregation members that it is a sin against God to be a tenant. 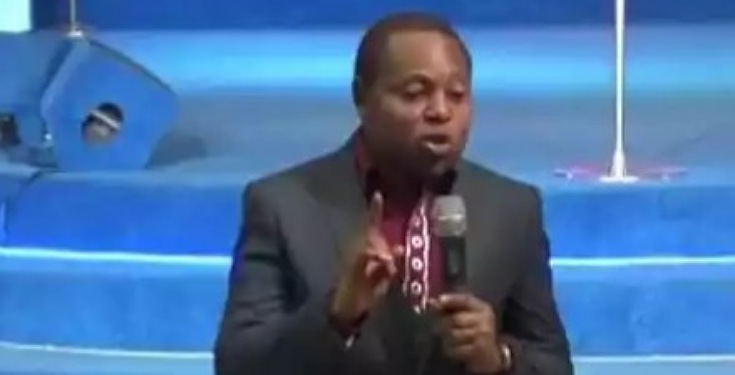 Pastor Charles Osasuwa
Pastor Charles Osasuwa, founder of Rock of Ages Christian Assembly Inc has courted controversy after he said it is a sin to be a tenant because that makes you have another Lord apart from Christ.
He made the controversial statement while preaching on the pulpit as he said God is a Jealous God and doesn’t approve of his children having other lords besides him.
The pastor said tenants have landlords and this make them to be serving another lord which is sin.
He went on to advise his congregation that once they make their first salary, they should begin planning towards owning a home. He said it doesn’t have to be an elaborate home. He said their first home is not the home they’ll live in indefinitely but one that they own to avoid sinning against Gid by having a landlord.
He said: “The tenant is always at the mercy of the landlord. The landlord can call the tenant anytime and he can request to use his apartment anytime. The Christian who is a tenant should work towards freeing himself from the second Lord which is the Landlord.”
The pastor also said churches who operate in rented properties are not left out.
He said: “A church that operates in a rented apartment is having two lords. This should not be.”
Watch the video below.