Some officials of the Lagos State Traffic Management Authority (LASTMA) caught allegedly counting the money they extorted from motorists have landed in trouble. 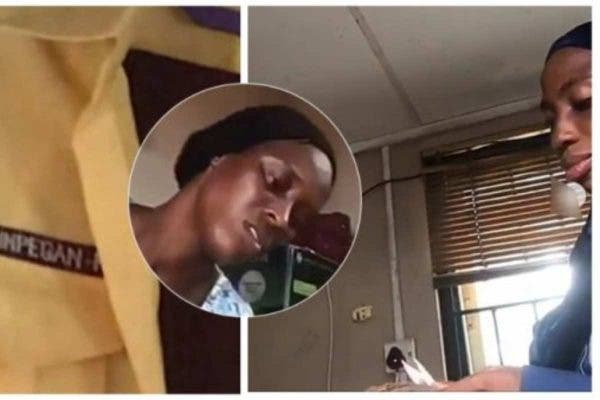 LASTMA officials who extorted money from road users finally exposed
After a Nigerian man identified as Ibukun Mike exposed some officials of Lagos State Traffic Management Authority (LASTMA) counting the money they extorted from him and other four road users, the agency has reacted.
Narrating how the shameful incident occurred, Ibukun Mike said it happened on May 15, 2020.
He acknowledged that he and other road users were guilty of taking “one way” but he explained that they did so because there was a road block on the side of the road they were supposed to pass.
According to Mike, a LASTMA official from the “Masamasa” (Maza-Maza) LASTMA office stopped them and took them to his office where he allegedly collected 50,000 Naira in cash from each of them without giving them receipts.
In a video shared by Mike, a woman is seen counting the money allegedly extorted from those arrested.
Mike claims the officer who did the extortion left the office and asked his assistants seen in the video to count the money.
Reacting to the video, LASTMA said they are carrying out an investigation.
They tweeted:
“Our attention has been drawn to the recent video making rounds about extortion from our officers. The Agency has taken note of this even as investigation has commenced. The officers involved will be summoned for subsequent disciplinary action, if found guilty. @jidesanwoolu.
“We urge the public to continue to report any errant officer(s) to the agency via any of the channels [email protected]”
Watch video below: