Emily Egan has been diagnosed with foreign accent syndrome as her voice rapidly changes between Polish, Russian, French and Italian. 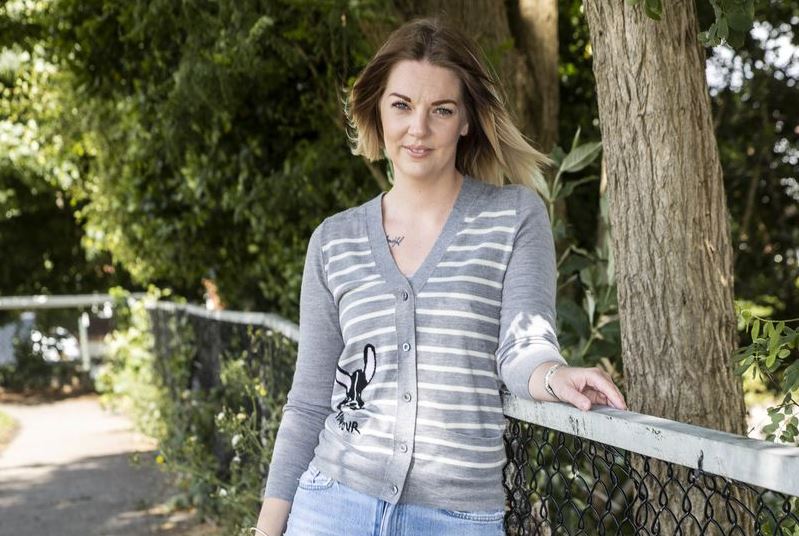 A 31-year-old British woman Emily Egan had her life changed dramatically in January after suffering from a mysterious condition that left her unable to speak for two months.

Egan who was born and raised in Essex, United Kingdom and speaks no foreign language, complained of headaches for two weeks before one day, she developed a deeper voice.

Her colleagues at a children’s home she was managing in Bournemouth then noticed that her speech had become slow and slurred, both indicators of a stroke. By the time she was rushed to the hospital, Egan had lost her ability to speak completely, but after running some tests, doctors ruled out the strike, instead blaming her voice loss on some sort of brain injury.

She spent three weeks in the hospital and had to rely solely on basic sign language she picked up at work and a text-to-speech app on her phone to communicate.

She was later discharged and a neurologist encouraged her to go on a vacation in Thailand where she and her partner Bradleigh had already booked.

Egan was advised to relax as much as possible which she did and a few days into the vacation, she began to speak again.

However, hearing her speak you could swear she is a Russian immigrant or tourist, because of her Eastern European accent. The funny thing is that she sometimes sounds French, Italian or even Polish, depending on how tired she is.

“I’m an Essex girl normally, my accent was really strong and my voice was very high pitched and really recognisable, people always knew it was me calling,” Emily recently said, in a weird Russian accent. “On holiday, I started making sounds like a deaf person trying to talk, it is thought that the neuropathways had started to open as my body had completely relaxed. By the time I was home, the words were sounding like a foreign language.”

She doesn’t know where her Eastern European accents came from but she noticed that it has something to do with how tired she is.

In March of 2020, she was officially diagnosed with a rare condition called Foreign Accent Syndrome.

“I was so thrilled when my voice started coming back but now I don’t even recognize the voice that comes out of my mouth, it doesn’t sound like me,” Egan told SWNS.

Since regaining her voice, Egan has had to deal with discrimination from people who think she is an immigrant. She has been forced to take time off work because stress worsens her condition.

‘I’m only 31 years old and I am shocked at how much my life has changed in a matter of months,” Emily said. “The hardest thing for me is learning that this voice is ok. I have to learn to accept that it’s ok for me to not be able to get the words out straight away, it’ll come eventually.”

Egan has had to be seeing a speech therapist since the diagnosis but not much has improved about her speech. Doctors say her accents are going to be with her for a long time, maybe even forever.

Egan’s case sounds shockingly similar to that of Michelle Myers, an Arizona woman who never traveled outside of the United States, but woke up speaking in multiple accents – British, Irish and Australian after experiencing severe headaches. She too was diagnosed with Foreign Accent Syndrome.