The video which has gone viral has received lots of backlash and criticisms online. 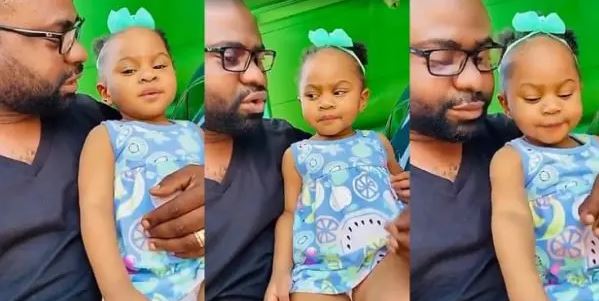 Nigerians on social media have shared reacted to a viral video of a dad who was advising his little daughter to engage in examination malpractice.

In the video, the man who spoke partly in Igbo language, advised his daughter to learn how sneak in textbooks inside the exam hall, so she could pass in flying colors.

According to him, he did it during his days in school and it worked for him. He advised her not to stress her brain in the exam Hall trying to get answers to questions she hasn’t seen before.

He further assured his daughter that he loves her very much, and that is the reason why he is giving her the best advice.

In their reaction to the video, many Nigerians called out the man for dishing out what they consider as bad advice to the little girl who might eventually consider examination malpractice to be the norm.