Adegbenro died at the Federal Medical Centre, Owo, after he was rushed there for treatment shortly after his health condition took a disturbing turn. 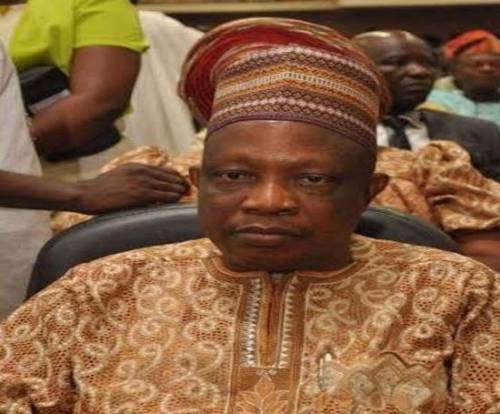 More facts have emerged on the circumstances that led to the death of Ondo State Commissioner for Health, Dr Wahab Adegbenro, to Coronavirus on Thursday.

Adegbenro died at the Federal Medical Centre, Owo, after he was rushed there for treatment shortly after his health condition took a disturbing turn.
Findings by SaharaReporters revealed that the Ondo Health Commissioner ignored Coronavirus protocols to attend to sick patients in his private hospital in Akure.

This was despite the fact that he was battling diabetes and other underlying ailments that could easily expose him to contracting Coronavirus.

The regular exposure to different patients he attended to at his hospital, Crown Hospital, Akure, further caused deterioration in the health of Adegbenro and his eventual death on Thursday to the highly contagious virus.
"We have been noticing him since Monday and even on Tuesday, he came to the hospital and attended to a patient for a surgery. But in the process he slumped but we had to quickly revive him.

"After he was revived, he was advised not to go to the hospital but to take some rest at home but he refused and sneaked back to the hospital to attend to more patients.

"As a result of this his health began to worsen and by the time he was taken to the FMC in Owo for medical attention, he was confirmed dead," a family source told SaharaReporters.

Adegbenro's death has indeed caused panic among health officials and members of the Ondo State Task Force on COVID-19 where he was the head of the team until his death.

Earlier this week, governor of the state, Rotimi Akeredolu, his wife, Betty, and several of their aides were confirmed to have contracted the virus, further spreading apprehension across the political sphere in Ondo where it is believed more government officials may have been infected with Coronavirus without knowing it.