A popular Nigerian journalist has passed way sadly after suffering a heart attack in London. 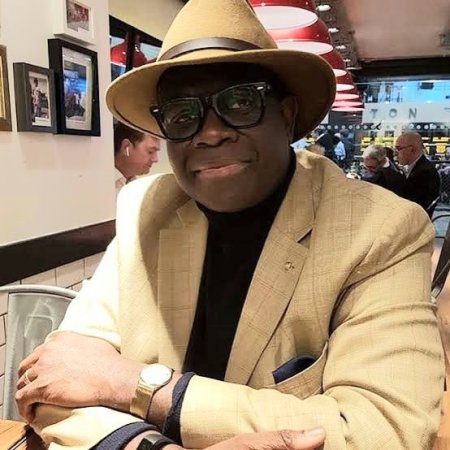 Rchie Dayo Johnson
Nigeria has lost one of its foremost communication experts, Richie Dayo Johnson.
The journalist died yesterday of heart attack in London.
He was 60 years old. He would have been 61 on 22 July.
RDJ as he’s fondly called was a highly-sought after MC and toastmaster.
He was an alumnus of University of Teesside, Middlesbrough and a fellow of the Royal Society of Arts, a certified coach and an accomplished toastmaster.
RDJ worked and spent years in Europe as one of the key strategists and presenters on Radio Kudirat – the voice of democracy during the military era.Richie Dayo Johnson (RDJ).
He later came to Nigeria to work with TVC and Radio Continental.
Sumner Sambo Shagari, who worked with him at TVC, described Richie as an impeccable speaker of the English language.
“A toastmaster per excellence, he believed so much in me and his last advice to me on how to treat subordinates under me as I grow professionally in the media industry was this:
“As a leader, you need to take the time to truly understand what motivates and what doesn’t motivate each one of your direct reports. They are not all the same. Do not make the mistake of thinking one size fits all!”, RDJ said in a WhatsApp chat in February this year”.
Johnson is survived by his wife and three adult children.
Top Stories