After crying out on social media, Pa James has finally gotten a brand new home from a caring colleague. 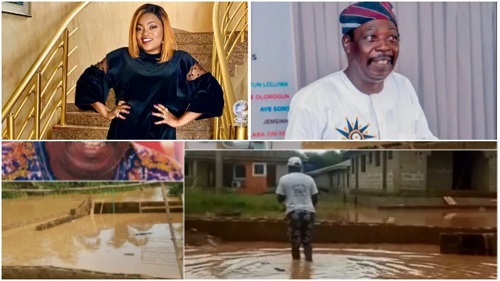 Funke rescues Pa James, gives him new home
Top Nollywood actress, Funke Akindele has come to the rescue of veteran actor, Kayode Olasehinde ‘Ajirebi’ aka Pa James after flood took over his home.
The actress has now given him a brand new home.
Recall that the house of veteran Nollywood actor, Ajirebi Kayode Olasehinde, located in Oke Isagun community of Oke Odo LGA in Lagos was destroyed by flooded after heavy rainfall.
The rain forced a canal to overflow thereby releasing its content into the property of the actor which has become a regular occurrence. 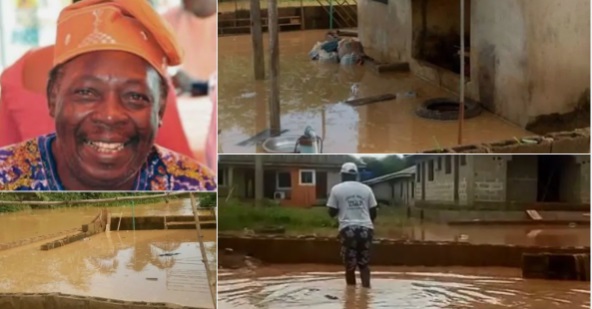 Announcing the kind gesture by Funke Akindele, actress Kemi Korede via Instagram wrote: “On behalf of PA JAMES, I Want to say Big thank you to @funkejenifaakindele for the new apartment given to him by you. God bless you so much for your good heart. your type is so rare..you are a gem. Almighty God will continue to make way for you where there seems to be no way.”
Although she has taken down the post after being instructed by Funke, who enjoys silently helping people, rather than receiving glory on social media for it. 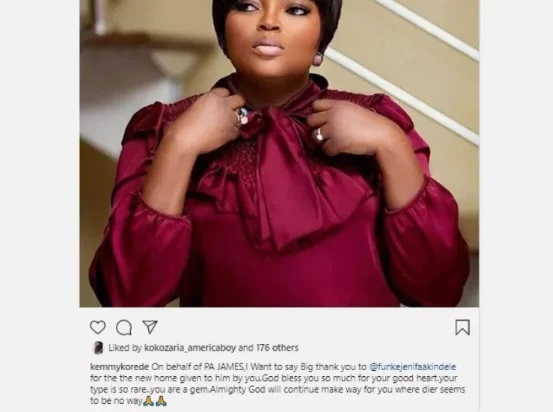