A housemate of the 2020 BBNaija reality show has gone on a rant accusing housemates of faking things. 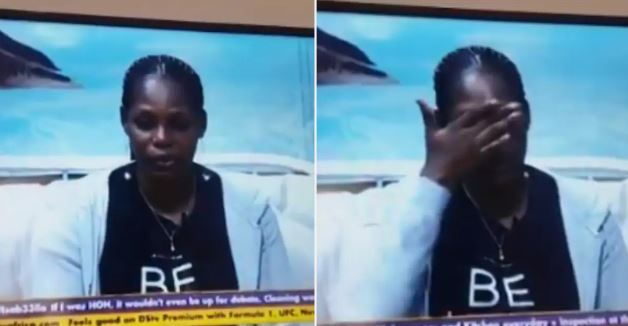 Kaisha
A Big Brother Naija 2020 housemate, Kaisha has broken down in tears while accusing fellow housemates of being fake.
She made the accusation during her first diary session with Biggie.
In her first diary session of the season, Kaisha, who is the first female Hausa housemate in the house had a lot to get off her chest.
The young lady lamented bitterly about the situation of things in the house and how they were far from her expectations before joining the competition.
According to Kaisha, she believes that none of the housemates are being authentic in how they present themselves. She said everyone present in the BBNaija house are being fake versions of themselves.
She added that the relationships, friendships and even some of the gestures by housemates are entirely fake.
Speaking further about her experience so far, Kaisha said she had expected that her time in the Big Brother house will be filled with memories of fun and excitement.
Reacting to the clip on Twitter, a user who agreed with Kaisha said: "This so true almost all of them a faking it of how they suffered when they were young and had it bad in life laycon ozor and some others are the only ones keeping it real."