Bode George, has called on the President to re-open the investigation into the murder of Lagos PDP’s governorship candidate in the 2003 election, Funsho Williams. 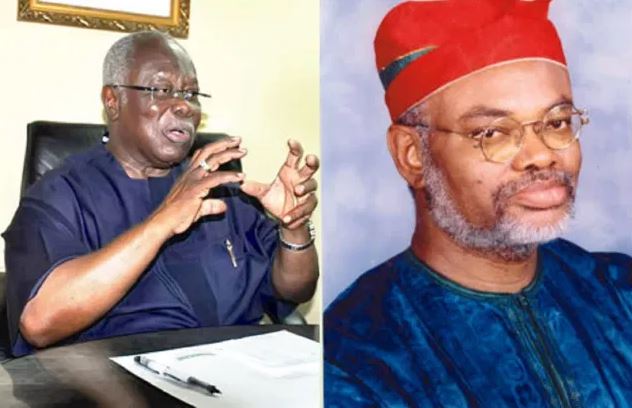 A Chieftain of the Peoples Democratic Party (PDP), Bode George, has asked President Muhammadu Buhari to reopen the investigation into the death of former Lagos governorship candidate, Funsho Williams who was murdered under controversial circumstances on July 27, 2006.

The late politician who was PDP's governorship candidate in 2003, was killed while preparing for the governorship election in the state in 2007.

In his appeal to President Buhari, Bode George noted that it's been 14 years since Funsho Williams was killed. He also stated that the former governorship candidate's death dashed the hopes of several Lagosians and crumbled a great dream.

“He was gentle but reflective with sharp analytical convictions. There was always certain piety about him, an effective calibration in self-effacing innocence. He meant no harm to anyone. But he was firm, resolved, dedicated to the righteous path".

The PDP chieftain said Buhari has done the right thing by reopening investigation into the death of Bola Ige, former minister of justice and attorney-general of the federation.

He urged the president to do the same by ordering an investigation into William’s death.

“It has been 14 years now when a terrible dark cloud fell upon the Lagosian entity and upon all lovers of freedom. It was really a very sad day on that horrific July 27, 2006, as the blood-soaked body of Engineer Funsho Williams was discovered in his Dolphin residence in Ikoyi,” the statement read.

“With the murder of Funsho Williams, who stood at the threshold of triumphing at the general election, a great dream was shattered. The hopes of millions of Lagosians who were hearkening to be rescued from what was then building up as a gradual servitude of the Lagosian natives was dashed.

“I am particularly passionate about Funsho who many of his acolytes adorably called captain. Funsho was my junior at the University of Lagos. We were both Engineering students but sprung from different departments. While he was in Civil Engineering, I was in the Electrical Engineering Department.

“Those who killed Funsho Williams might have killed a man but not his dream of rescuing and salvaging our society. We continue where he stopped.

“He will be greatly enhanced in historical reckoning and signification if his administration is attested as being the one that finally nailed the evil characters hiding in plain sight who murdered Funsho Williams.”

Tonto Dikeh Gets Another Appointment