Nigerians have been shading Toke Makinwa after it was rumoured that her Banana Island mansion was allegedly seized by AMCON. 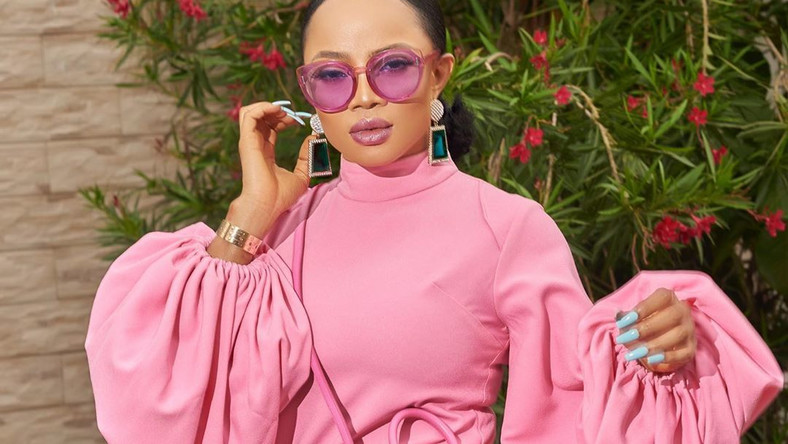 Popular OAP, Influencer and entrepreneur, Toke Makinwa, is the subject of many discussions by Nigerians on social media after AMCON allegedly seized her Banana Island house.

On July 2, the Asset Management Corporation of Nigeria (AMCON) had seized assets belonging to Festus Fadeyi and Pan Ocean Group. The corporation said they were holding on to debt of over N240 billion.

There was, however, rumour on Monday that Makinwa’s luxury apartment in Banana Island was seized and that the property said to have been listed among Fadeyi’s assets was gifted to her.

“Which of your daddies bought house for Toke Makinwa on credit and now AMCON has repossessed the house?,” Olusegun asked.

"So it’s Festus Fadeyi! Interesting. I remember his children called out Toke Makinwa few years ago to leave their father alone. That the man was spending a lot of money on her while being heavily indebted to Skye Bank. Kai. Men are Scum."
— Sola (@Advsola) July 27, 2020

“Hardwork gave me all I have today” If na by handwork i for dey Canada. I for no dey site dey hustle 2k She broke shamed men. Now they’ve collected the house a married man gave her in Banana Island. 08056684225 Toke call this no, they have cheap selfcon in Ikorodu'