A woman caught sleeping with a Sudanese man in Saudi Arabia has been disgraced. 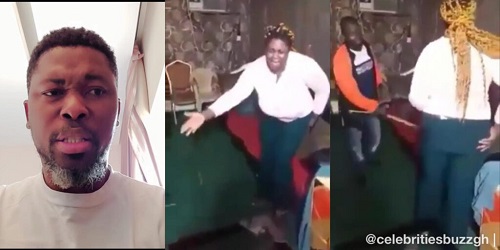 Ghanaian flogged for being with her Sudanese bae pic.twitter.com/aiSXFKCOEg