Paul Gaza tells how his school was allegedly destroyed by personnel of the Nigerian Army deployed to the state. 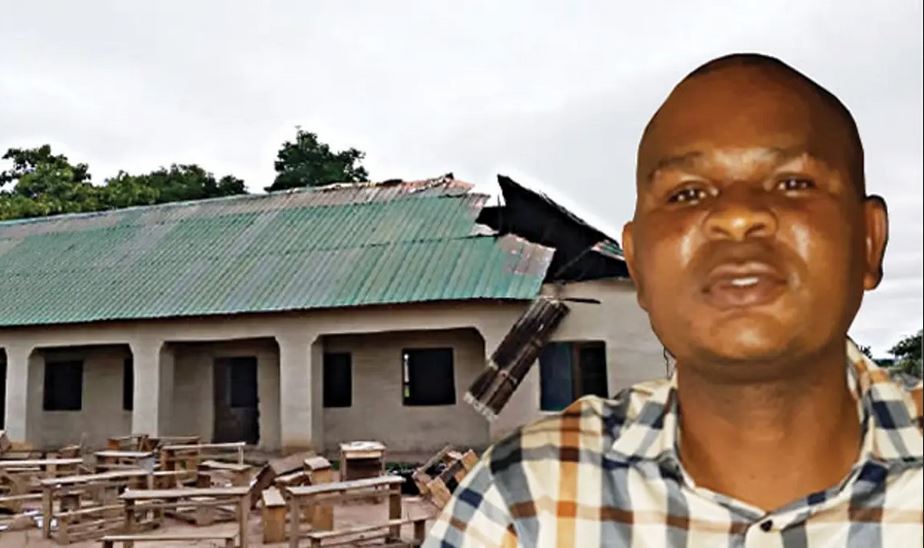 Paul Gaza is an entrepreneur based in Peva, a town in the Takum Local Government Area of Taraba State. He tells JUSTIN TYOPUUSU how his school was allegedly destroyed by personnel of the Nigerian Army deployed to the state

Can you narrate how your property was destroyed?

My name is Prince Paul Gaza. I am a businessman and the proprietor of Excel Wisdom Academy, Peva Chanchanji. I also sell building materials, beverages and I trade in grains too. It all started on Thursday, July 16, 2020. I was away on a business trip. But in the early hours of Friday, July 17, 2020, I received a call from one of my salespersons, Felix Mise, who told me that soldiers invaded my house and destroyed everything in the house.

According to him, they came in the night at about 3am, looking for me. But they were told that I was not around, that I had travelled. The soldiers beat them up mercilessly, destroyed my personal belongings, and packed my documents and other valuables. In the process of searching my house, they took the sum of N1,237,000 which we made from sales from Monday, July 13, to Thursday, July 16. They also made away with three motorcycles – two black Haojue and a Bajaj (Boxer).

They broke all the casement windows of my house and smashed the windscreen of my 504 commercial wagon and one 504 saloon car. Three of my boys, who were around, were all arrested. My wife was in the village to inspect our farm and only came back to see the destruction on Friday. The soldiers later proceeded to my building materials shop, along the Catholic Church road and looted the items there.

Did you report to the police?

That same night, at about 5am, my neighbour, Mr Terngu Torwua, whose shop was close to mine, called me and told me that people were looting my shop. I made efforts to call the police, but before I could even get through, he called me back and said the people were soldiers. So, I did not even call the police again. He told me they came in three Toyota Hilux vans and were packing things in the shop. They took away 19 wheelbarrows, nails, trowels, paint, nets, etc.

They used knives to perforate my cement bags and destroyed 50 bundles of roofing sheets. In fact, any thing that they could not tak with them, they ensured that they destroyed it. I was shocked when my people sent me the pictures of what happened. As if that was not enough, they proceeded to my school on Saturday, July 18, 2020, and burnt all the structures there.

But what do you think was the reasons behind the actions of the attackers whom you said were soldiers?

I really don’t know why they are doing this. But I read in the papers that Major General Adeyemi Yekini said they were looking for bandits and criminals. But people in that community know who I am. I don’t have any link with bandits or criminals.

The successes I recorded so far are based on sheer luck and favour from God who has blessed my endeavours. I started the schools – Excel Wisdom Academy Primary and Secondary School in 2014 and, today, I have over 1,000 students in the secondary section and slightly above 400 in the primary school. So, I am a popular person in that community. Everybody can attest to my character. I challenge the Nigerian Army to come out with evidence against me that I am a criminal or bandit.

Can you describe the level of destruction in the school?

The destruction is massive. All the blocks have been destroyed and none can be put to use. I have pupils who were supposed to take the West African Senior School Certificate Examination and National Examination Council examination. They were billed to take their final-year examination, if not for the COVID-19 pandemic.

What are your plans now?

First of all, I have directed my team of lawyers to file a case against the Nigerian Army and Major General Adeyemi Yekini for authorising the destruction of my school and looting of my house and shop. I have a right to my property and the destruction has caused me a whole lot of inconveniences. I have over 15 people staying with me. Seven of them are staying in the main flat with me while the others are staying in the other building. I had to relocate my wife and some family members to the village, while the others are staying with some of my relations and friends.