It was gathered that the victim’s mother, who is a widow, left her and her three siblings at home and went to Badagry in Lagos State for prayers. 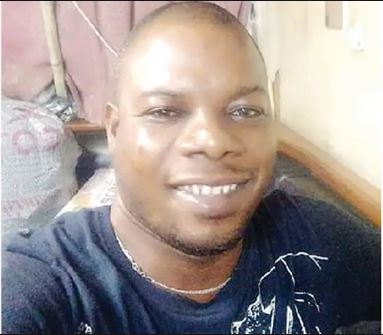 According to PUNCH Metro, it was gathered that the victim’s mother, who is a widow, left her and her three siblings at home and went to Badagry in Lagos State for prayers.

Two days after she left home, it was learnt that Adewunmi broke into her house in the night and allegedly had carnal knowledge of her 16-year-old daughter.

The victim later informed her mother, who asked her to report the incident to a human rights organisation, the Committee for the Defence of Human Rights, so as to get justice.

The matter was also reported at the Itele Police Station, but efforts to apprehend Adewunmi have proved abortive as he reportedly disappeared immediately after the incident almost two months ago.

Speaking with PUNCH Metro, the victim’s mother said Adewunmi took advantage of her absence to perpetrate the crime, adding that he and his wife had been appealing to her for settlement, but she declined.

Explaining how the incident happened, the widow said, “I travelled on Thursday to Badagry and left my younger children in my teenage daughter’s care. On Saturday, Adewunmi, whose house is opposite where I stay and had just returned from his working place after two years, broke into my apartment and forcefully had carnal knowledge of my daughter.

“He did that after noticing that I was not around. He came to my apartment in the night, started knocking the window and repeatedly called my daughter’s name to open the door, but she and her siblings refused. So, he left and came back 45 minutes later. This time, the younger children were already asleep, because it was raining.

“My daughter, who was still awake, suddenly heard someone breaking the back door of my apartment and when she moved closer to find out, she saw Adewunmi using a bench to break the wooden door to force his way in. When he gained entry, he struggled with her till he overpowered her and forcefully had sex with her on the floor. “

While demanding justice, the victim’s mother said she was told that Adewunmi wanted to use her daughter for rituals, adding that the victim had been acting strangely since the incident.

She said, “When my daughter wanted to shout, he used a cloth to cover her mouth till he finished and left. My daughter called and informed me about the incident and said Adewunmi deflowered her. My comrades in the CDHR and I reported the matter to the Itele Police Station and when we asked for Adewunmi, his wife said he had left home since 4am. The incident happened on June 6, 2020, and he ran away on June 7, and we have not seen him since then.

“I took my daughter to a lot of people for assistance and I have been told that Adewunmi wanted to use her for rituals. He believes that there is no one to fight for me to get justice, that is why I need the government to help me.”

When contacted by PUNCH Metro, Adewunmi said, “The allegation is a lie; if not because of my work, I would have come to Lagos. I caught her daughter and his junior brother having sex. It was when I went to pluck a leaf at the back of their house that I saw them.

“I was with them inside their house, where she was pleading with me not to tell her mother; it is a taboo and she was scared that I would report to her mother; she is trying to blackmail me.”

When asked how he gained entry into the house, he recanted his earlier statement and said, “I did not enter their house.”

The victim’s mother was later contacted and informed about the alleged incest by her children, but she refuted the claim and said, “We have evidence and recordings that he did it.”

When contacted, the state Police Public Relations Officer, Abimbola Oyeyemi, said Adeewunmi had been declared wanted by the command, adding that the case had been transferred to the State Criminal Investigation and Intelligence Department for further investigation.

He said, “The man is on our wanted list; we gathered that the man is living in Port Harcourt and the victim’s mother doesn’t know the exact place where he stays in Port Harcourt, but he is a landlord in the area where the crime was committed.

“The case has been transferred to the SCIID for proper investigation and I believe that very soon, we are going to get him.”

On Adewunmi’s incest allegation against the victim and her brother, the PPRO said, “That claim is a plea of alibi. If he didn’t do it, why is he on the run? Why can’t he show up? Why is he calling the mother of the victim and begging her that he is ready to settle?

“A clear conscience doesn’t fear any accusation. If he didn’t do it, why has he not shown up at the police station to clear his name? Why did he abandon his house?”