Several fake American dollars and assorted charms have been recovered from the suspects. 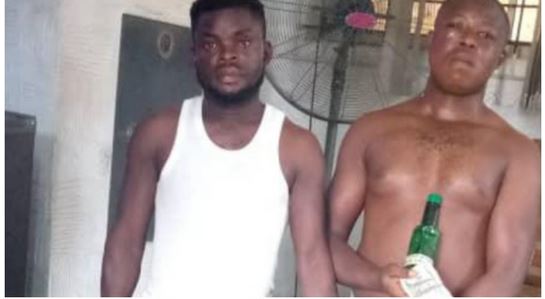 Two suspects in connection to an alleged fake dollar fraud have been apprehended by the Ogun state police command in Ota area of the state.

The suspects identified as Chika Kasarachi and Ifeanyi Okechuckwu, were arrested following a complaint lodged by one Omeh Chidebere Ishoke at Sango police station.

Recalling how he was lured to the suspect's hideout at Koleosho Street Anisere Sango-Ota, Ishoke said they collected the sum of N148,000 from him under the pretence of changing the money to dollar, for him to make a huge profit. 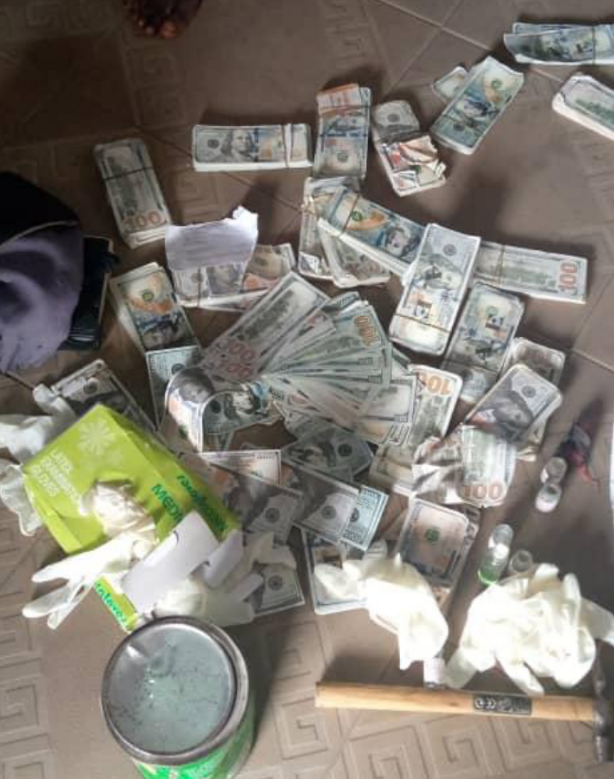 "The duo are members of a syndicate who specialized in duping unsuspecting members of the public of their hard-earned money under the pretence of ‘washing’ dollars for them.

“He stated further that the suspects also collected his MP3 mini speaker, valued at N68,000, but no dollar was given to him at the end.

“Upon the report, the DPO of Sango Police Division, CSP Godwin Idehai, quickly led his men to their hideout where the two suspects were apprehended.

“On interrogation, they confessed being fraudsters, who have duped many unsuspecting people using the same method."

An unidentified liquid substance, several fake American dollars and assorted charms were recovered from the suspects and a manhunt has been launched to apprehend other members of the syndicate who are on the run.