A Nigerian man has reached a new milestone in the United States after being sworn-in as Superior Court Judge. 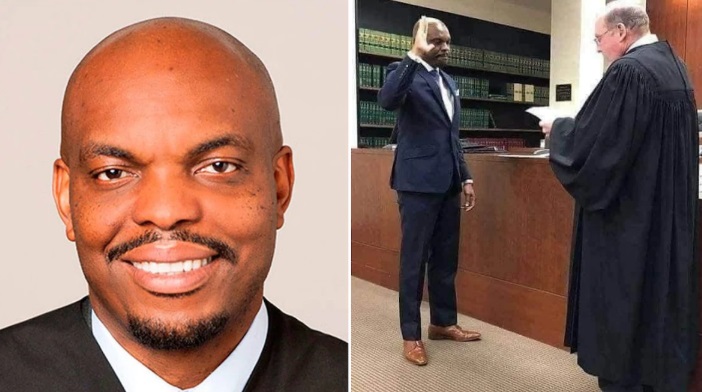 Edirin Okoloko
A Nigerian, Edirin Okoloko from Delta state has made history after being sworn in as Superior Court judge in faraway United States of America.
Okoloko was sworn in as a judge of the Snohomish County Superior Court in Washington DC, USA.
He’s taking over from Judge George Bowden who retired recently. According to reports, the newly sworn-in Judge bagged his law degree from the University of Benin, Nigeria.
He also got another degree in law from the Seattle University School of Law. Okoloko worked for 13 years a deputy prosecuting attorney in the county.
Before working as a prosecutor, the Nigerian was a judicial law clerk for a former Snohomish County, judge named Michael Downes.
Top Stories