He added that after Oshiomhole declared war on Obaseki, he promised to stand with him come what may. 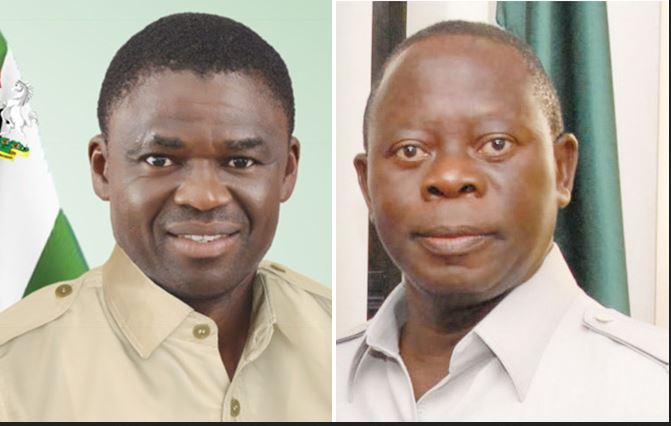 Comrade Philip Shaibu, the Deputy Governor of Edo State, Comrade Philip  has indicted the  former Chairman of the All Progressives Congress (APC) Adams Oshiomhole of convincing him to join in the move to impeach the present governor, Obaseki.

Speaking to newsmen on Thursday August 6, Shaibu said he begged Oshiomhole to let go of any grievance he had against Obaseki because the governor was doing well for the people of Edo state, but it all fell on deaf ears.

He added that after Oshiomhole declared war on Obaseki, he promised the former governor that he will stand with his successor come what may. Shaibu further alleged that the ploy was to remove Governor Obaseki for him to take over, but he refused because it was not in his “will nor nature” to betray.

The deputy governor who said he will fight to the very last to ensure that Obaseki is defended the same way he defended Oshiomhole when there were plots against him in Edo State, added that he will not stand for the form of oppression which Oshiomhole is championing.

Shaibu went on to challenge Oshiomhole to come and test his popularity when the votes are to be cast.