A notorious armed robber terrorizing people in Delta state has been apprehended with deadly weapons. 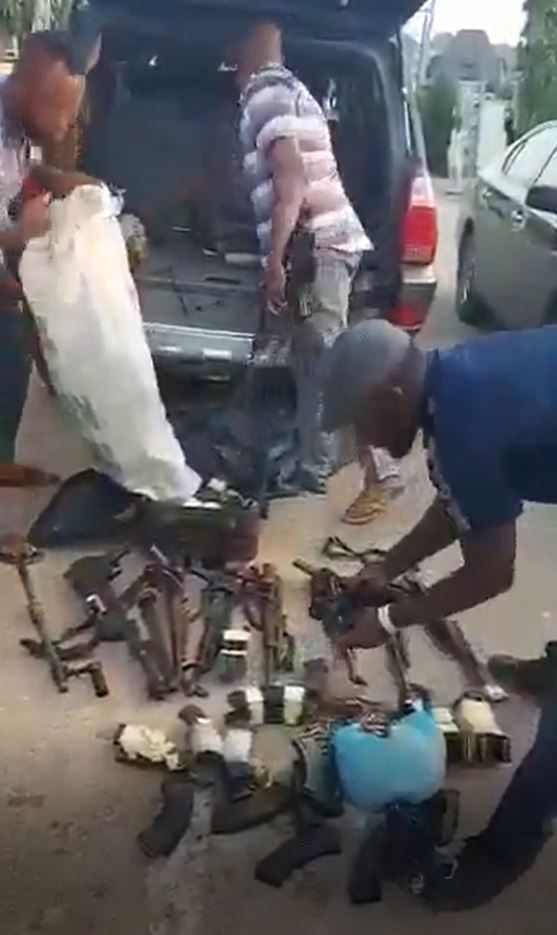 The weapons recovered from an armed robber in Asaba
A suspected leader of an armed robbery gang, Alfred Robinson has been apprehended by the police with deadly weapons.
He was arrested after a vehicle loaded with arms and ammunition meant for armed robbery operations was intercepted by the Intelligence Response Squad led by DCP Abba Kyari in Asaba Delta State. 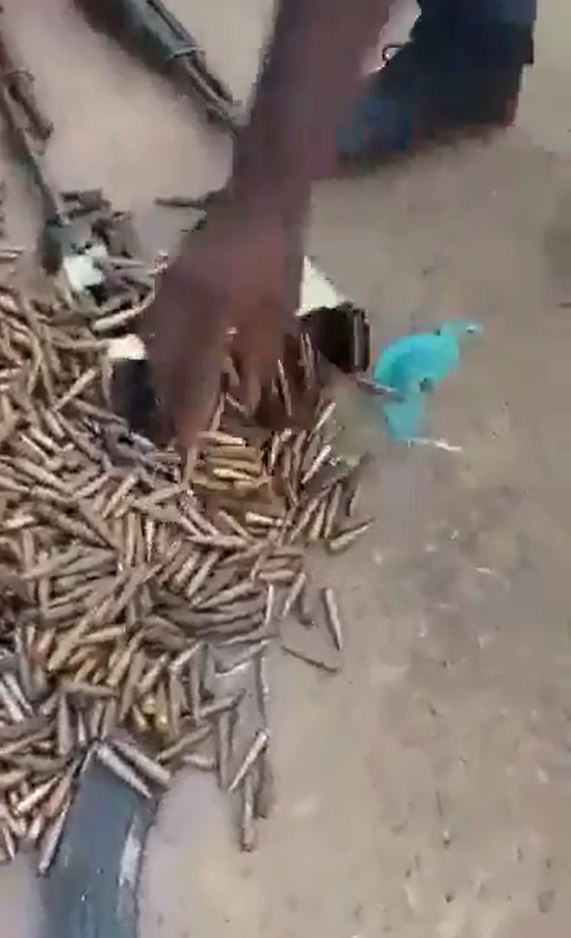 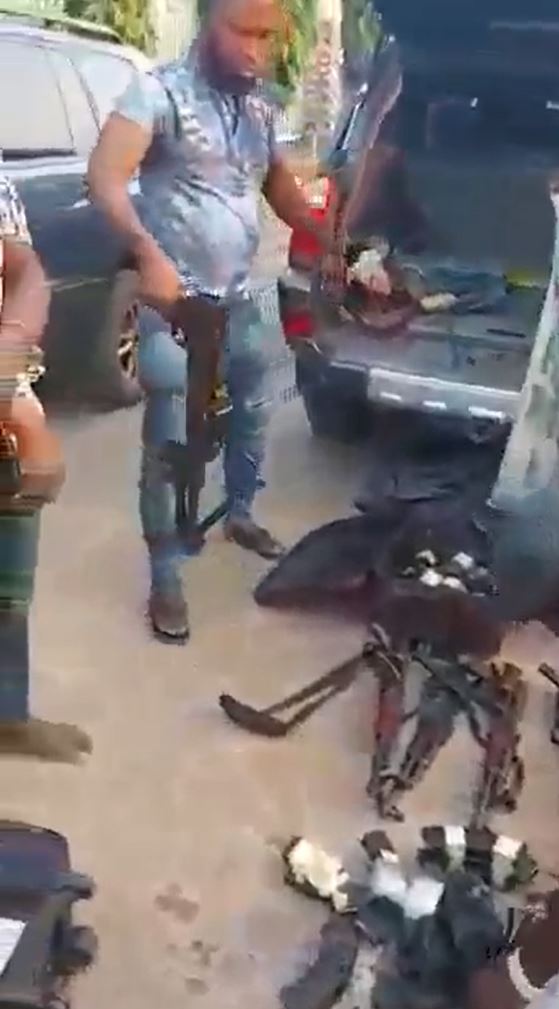 The weapons look military grade and leaving one wondering if they were about to start a war.
Watch video below:
Top Stories