The rapper has tweeted about Kris Jenner again, but this time the rapper chose to say something nice about his mother-in-law. 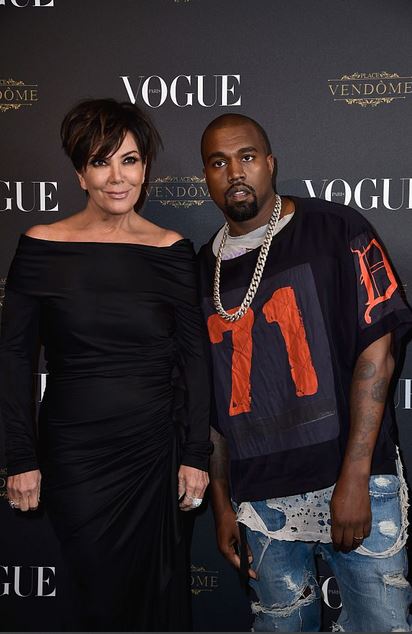 Controversial rapper, Kanye West has posted another bizarre tweet about his mother-in-law, Kris Jenner days after he called her and his wife out on Twitter.

The rapper, 43, who is currently running for the office of President of the United States tweeted this afternoon: "My mother in law Kris Jenner makes the best music playlist [smiling emoji]"

The appreciative comment comes days after Kanye referred to his mother-in-law  as 'Kris Jong Un', in a reference to North Korean dictator Kim Jong-Un and said the matriarch is involved in “white supremacy” during his Twitter meltdown.

Kim Kardashian, 39, was reportedly upset by West's insults toward her mother.

Kanye and Kim have since reunited after his Twitter meltdown and controversial presidential campaign. The couple recently returned from their "make or break" trip in the Dominican Republic amid divorce rumors.