A young girl caught stealing from a church has been beaten by the Catholic priest in the south eastern part of the country. 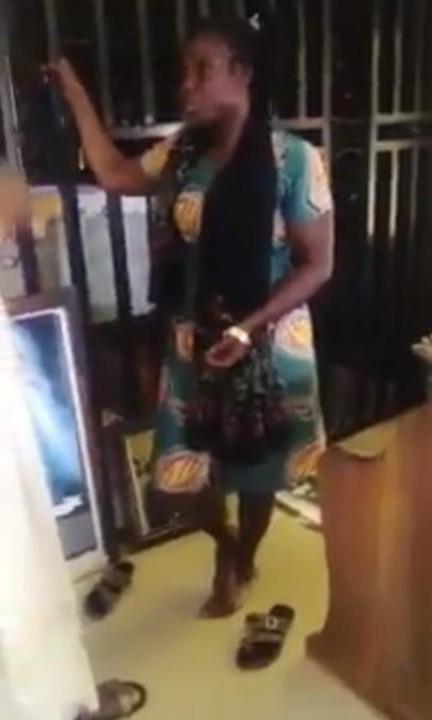 The lady after she was caught
A dramatic video has shown the moment a Roman Catholic priest beat up a young woman caught stealing inside the church.
It is believed the sad incident happened in the south eastern part of Nigeria.
Some church members present prevented the priest from injuring the woman.
It was gathered that the woman had broken a padlock at the altar to gain access to the money.
The priest could be heard in the video saying to the woman in igbo language, that he would upload the recorded video of her act on Facebook.
See video below:
Top Stories