A pastor in Imo state is holding a prayer session is to pray for Trump’s re-election as US president in the upcoming election. 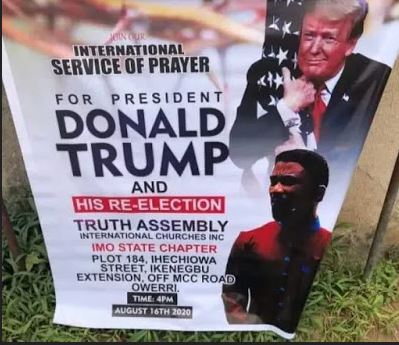 Posters have been spotted of an Imo State pastor planning to organise a special prayer session for the re-election of US President, Donald Trump.

According to the information on the flyer, the prayer session is to pray for Trump’s re-election as U.S president in the upcoming November election.

The church, Truth Assembly International INC in Owerri is scheduled to have a prayer session by 4 pm today, August 16. 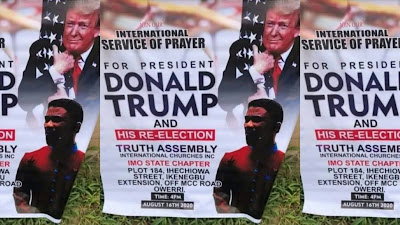