A man took to Twitter to narrate how his uncle's children left the house because he handled the house with an iron fist. 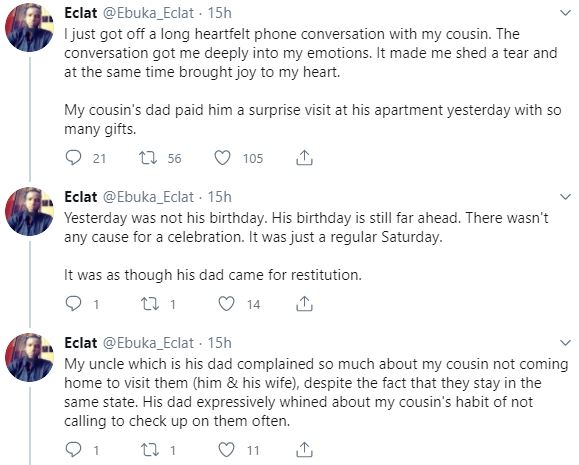 A man took to Twitter to recount how his uncle tried to reunite with his kids after they all fled home and stopped keeping in touch because of how strict he was.

The Twitter user said all the strict man's kids left the house immediately after they finished NYSC. None wanted to stay a moment longer because of their father's rules and how he ruled his home with an iron fist.

The other children moved to places far from home but the last child, a 26-year-old, moved into a house that isn't so far from where his parents live.

Though he is close, he only visited his parents twice in 3 years.

The father, who is now old, started complaining that none of his children tries to have a relationship with him, not even the one living close to home.

To remedy the situation, the father took "so many gifts" with him and paid his son a surprise visit.

During the visit, the father and son hashed out their differences and finally made peace.

Read The Full Story Below; 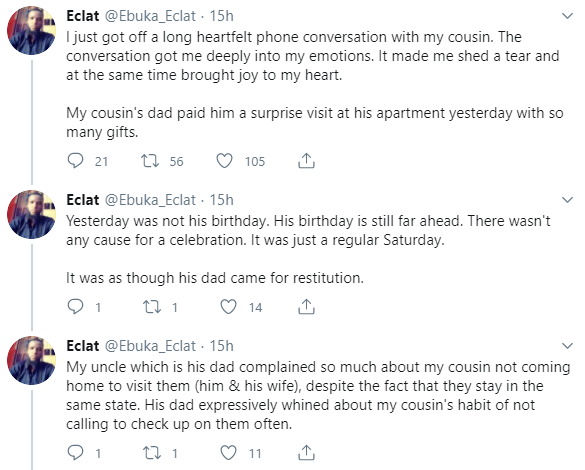 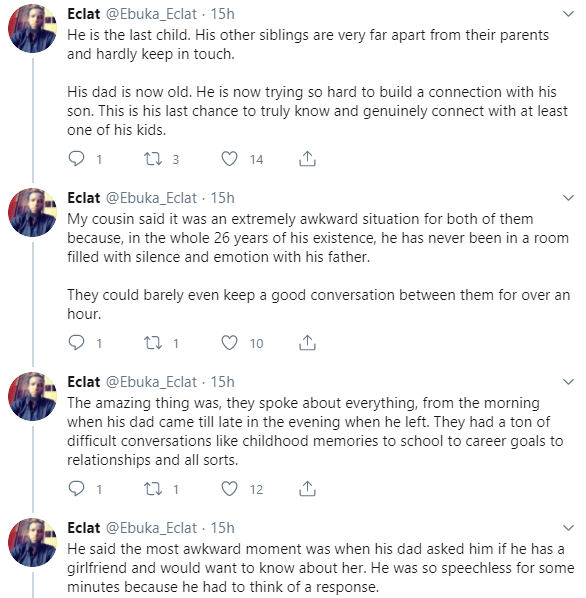 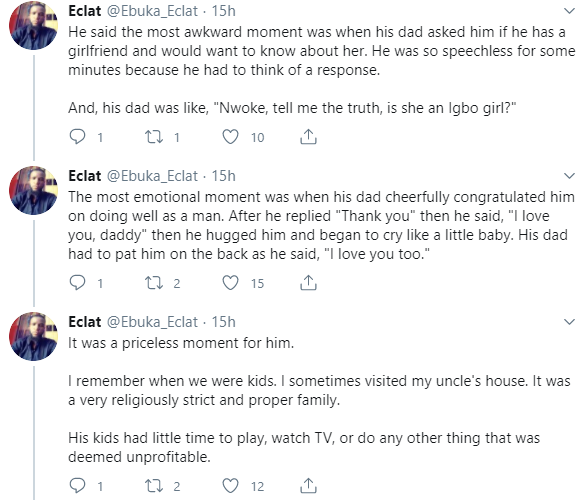 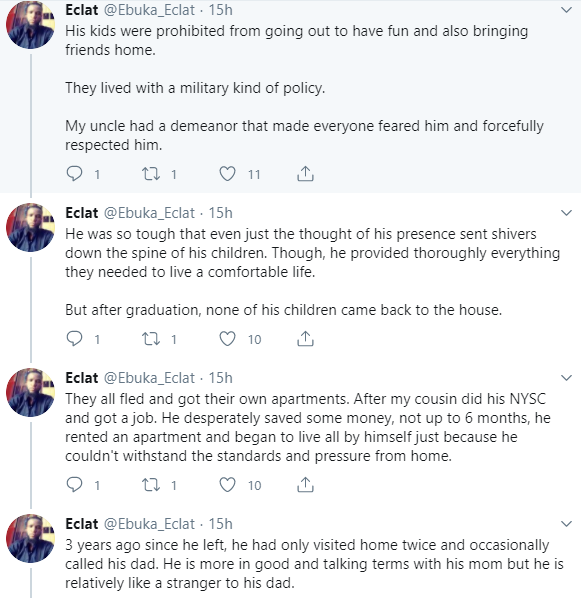 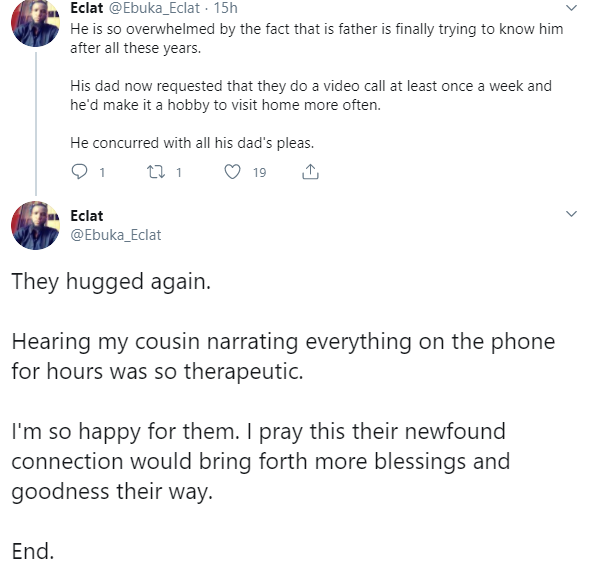