#BBNaija: “Vee Is Fake, Beware of People Like Her” - Lilo


Evicted BBNaija ex-housemate, Lilo has lashed out at another housemate, Vee for stabbing her in the back. 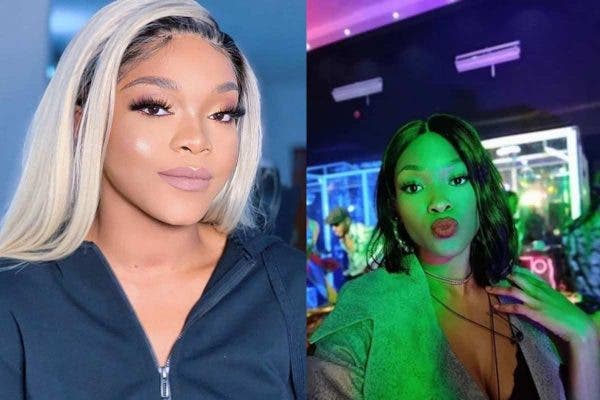 Lilo and Vee
Former housemate of the ongoing BBNaija show Lilo has warned that Nigerians to be careful of people like Vee.
This comes after she realized that Vee who was her closest friend was among those who voted her out of the show.
The two were close owing to the closeness between their partners -  Eric and Neo -  while in the house.
She called her fake and Judas.
In the now deleted tweet, Lilo warned people and wrote:
“beware of people like Vee #fake #judas #lilo”.
Last nights eviction show has been a hot topic on social media, and Lilo obviously couldn’t resist jumping on the thread.
She made the comments after today’s afternoon diary session where Vee revealed why she voted Lilo out and saved Praise and Eric.
See some reactions to the Tweet below;
@stimuli88: Erica fans are shouting snake on Lilo’s post as if y’all like Lilo that much.
We know its your hatred for Vee that’s leading you there.
@supremeLY_1: Vee was closer to Praise and Eric than to Lilo! (that is why she didnt vote them out) that week
Lilo said herself that she was closer to Kidd who infact voted her out;but its Vee’s hill she has decided to die on? lmaoooo!!!
@Ceecneve: Lilo tweeting Vee is fake when she got out of the house claiming that Eric took advantage of her when we know they were both invested in their affair in the house. Lilo and Vee were “close” cause of Neo and Eric I don’t think I saw them conversing other than relationship
@mr_salmanbash: You can be very close to someone and that person is not that close to you.
Lilo felt she was close to Vee but unfortunately Vee didn’t feel that way about her. It doesn’t make her a snake. Its what its #BBNaija
She went further to retweet this tweet by a fan below:

It’s a game Yh, but when someone tells you “I got your back homie”, you expect them to actually have your back. Only for her to be saying shii now, abeg It’s okay for @liloaderogbaa to feel the way she feels.