Erica's lover in the house has emerged as the new head of house, but decided to choose another housemate as deputy. 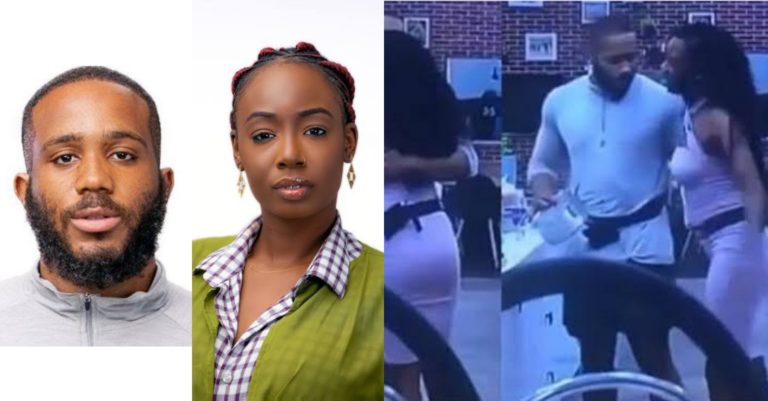 Kiddwaya and Tolanibaj
Kiddwaya yesterday emerged as this week’s Head of House after winning the challenge earlier in the evening.
The billionaire kid, Kiddwaya couldn't choose his love interest, Erica owing to the fact that she had been the last head of house, and thus was ineligible.
As a result, Kiddwaya went ahead to chose Tolanibaj as his deputy House of House.
The Big Brother Naija Lockdown housemates held the customary competition earlier this evening for the week’s Head of House and Kiddwaya emerged the 5th Head of house.
The game of chance was keenly contested but luck was on Kiddwaya’s side as he scored the highest points.
With Kidd’s win, and Tolani’s acceptance as Deputy HoH, they both will have access to the executive lounge and also gain immunity from this week’s eviction.
The billionaire heir choose as his second choice as Nengi and his third as Vee — should all three of them choose not to be his Deputy, Kidd would have to walk alone during the week.
A new twist as earlier mentioned by Big Brother, is that both the new Head of House and the Deputy are given the opportunity of allowing a guest each to the HoH lounge, however, either guests are not allowed to spend the night.
It should be recalled that Kidd earlier disclosed to his romantic partner, Erica and Tolanibaj that he’ll choose the latter should he become the week’s HoH.
Also, Biggie confided in Kiddwaya that he will be on vacation this week as they will not be hearing his voice until further notice. As a result, the head of house will be in contact with Biggie anytime the phone rings.
Top Stories