Adorable Photo Of Nigerian Lawmaker, Alhassan Ado-Doguwa With His Four Wives And 27 Children


The House of Reps member was pictured with his four wives and 27 children. 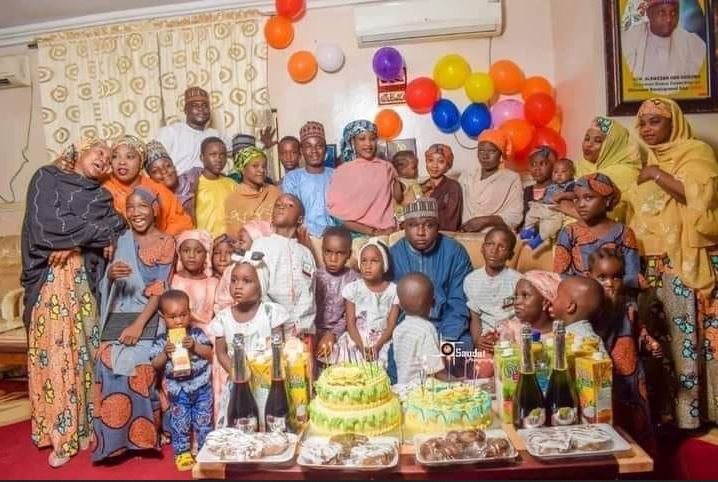 Hon Alhassan Ado-Doguwa and his family

House of Representatives majority leader, Hon Alhassan Ado-Doguwa, was pictured with his four wives and 27 children.

Ado-Doguwa made news in January this year when he attended his swearing-in into the lower chambers accompanied by his four wives and 27 children. He told the House of Representatives media that his father who died at 86, left behind 40 children including a 4-year-old.