Youths of Biafra under the name, Biafra Nations Youth League have demanded the immediate release of IPOB members arrested by the police. 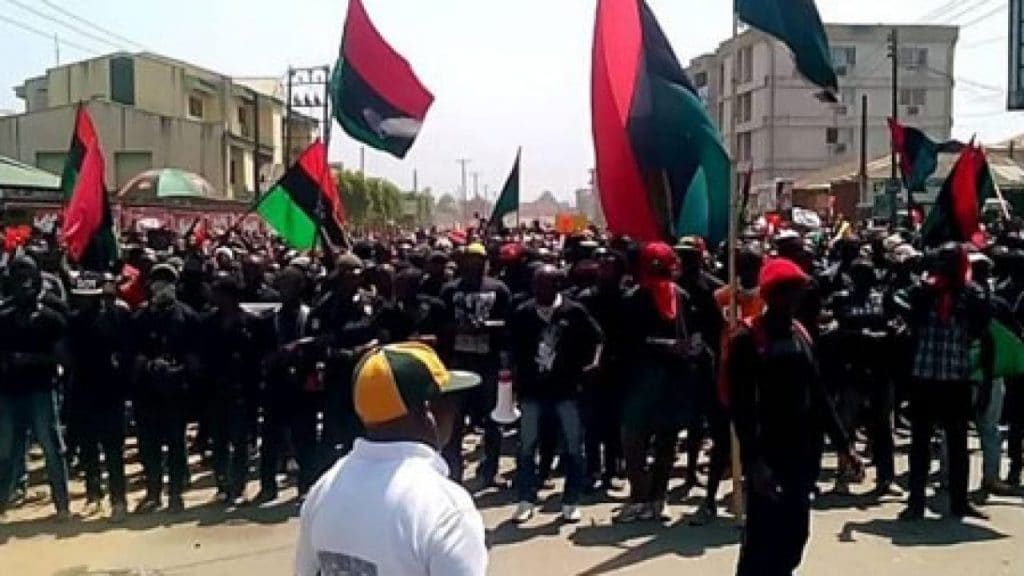 Biafra youths
The Biafra Nations Youth League, (BNYL) have called on the Inspector General of police, Mohammed Adamu to release a witchcraft doctor alongside 67 IPOB members arrested on the way to fortify himself in Ohaji-Egbema Local Government Area of Imo State by the Police.
Addressing newsmen in Ikom Local Government Area of Cross River State, the National Deputy Leader of BNYL and Director of Operations, Biafra Broadcasting Service, BBS, Ebuta Takon Akor, also demanded for the release of 67 IPOB members arrested by the Police.
He said that members of the group across the 10 States of the proposed Biafra republic including separatists from Southern Cameroon, and ex-members of the Bakassi Strike Force group among others will converge in Enugu to discuss issues affecting the people.
The group accused the Police of romancing with killer herdsmen posing threat across the country, “We want them to know that we won’t be non violent for ever because situation is already forcing us to act like Fulani, and I warn that the Biafra struggle might be worse than that of Southern Cameroon.”
Biafra Nations Youth League disclosed that its National Convention scheduled to hold in Enugu on 28 September, 2020 will address critical issues facing the East as a people in Nigeria.
They noted that the decision to hold the conference in Enugu was in line with the group resolution known as “Ekukunela Declarations” made in the town of Ekukunela, Ikom in Cross River State.
The group noted that immediately after the conference, the BNYL independence movement will take a new dimension as critical issues facing the East as a people in Nigeria would be addressed.
Top Stories