Policeman Beaten To Pulp By Soldiers For Driving Against Traffic, Dies In Hospital (Video)


An inspector that was beaten to stupor by soldiers for driving against traffic has died. 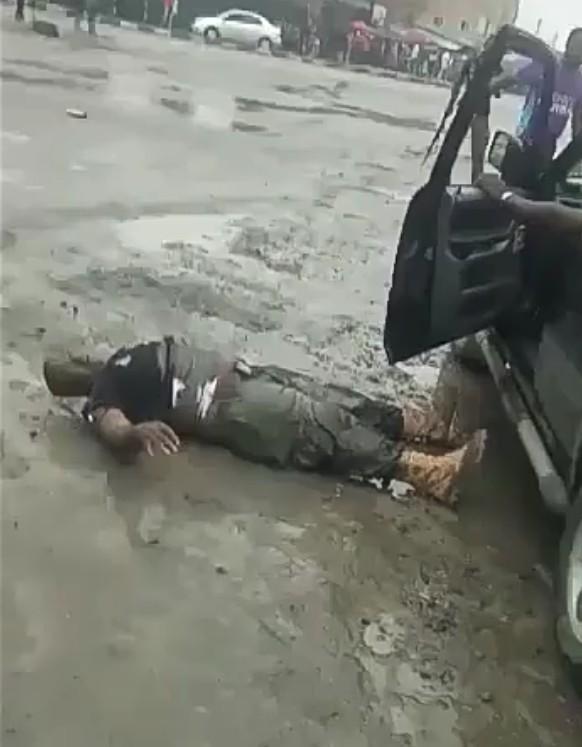 Hosea Yakubu
A policeman identified as Inspector Hosea Yakubu allegedly beaten to a pulp by soldiers for driving against traffic has died in the hospital he was rushed to.
A brother of the late Hosea, who spoke to The PUNCH on condition of anonymity, said,
“My brother and two other policemen drove against the traffic because of gridlock and when they got to the Eleme Petrochemical gate, a soldier in mufti stopped them and an argument ensued, which degenerated into a fight.
One of the soldiers , who joined the fight, used a thick plank to hit my brother in the head and he fell down and couldnt move.
“He was subsequently rushed to the nearest hospital from where he was referred to the UPTH and admitted to the ICU .
“After 24 hours on admission, he gave up. Up till now , neither the police nor the military have said anything or taken action to bring the culprits to justice. ”
Watch video below: