Jason Michael Mesich killed his wife Angela Lynn then put her body in the garage of their home in Minneapolis at 11pm on Sunday. 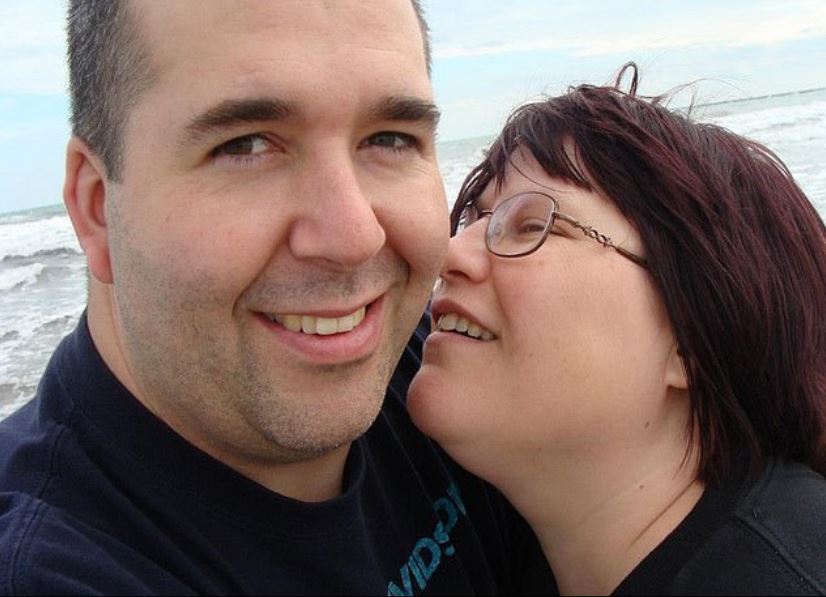 A Minneapolis man has been arrested after shooting dead his wife, dumping her body in their garage then opening fire on two sisters next door, wounding one while she shielded her 18-month-old niece from the gunfire.

Jason Michael Mesich killed his wife Angela Lynn then put her body in the garage of their home in Minneapolis at 11pm on Sunday.

According to police, they'd had an argument about not having enough sex.  He then opened fire on neighbors Canisha and Makayla Saulter, who were loading up a U-Haul van with other members of their family.

Makayla, 12, was holding 29-year-old Canisha's 18-month-old daughter at the time.

She shielded the girl from the gunfire but was shot in the head and is now in the hospital in a critical condition.

Canisha was shot multiple times from the waist down. She is in the hospital in a serious but stable condition. The other members of their family drove them to the hospital and called police on Mesich.

When authorities arrived, they engaged in a standoff with the man. He fired 40 shots before being arrested.

Mesich told police that he and his wife had been arguing in the garage of their home. He then went to retrieve a weapon from inside the house and returned.

When he got back, he said his wife hit him. He punched her in the collar bone, he said, then she 'told him' to shoot her so he did.

He told police he 'emptied' the gun.

When asked why he'd shot the girls next door, he said he 'hates all children' and that they 'weren't good neighbors'.

The Saulter family say 12-year-old Makayla is a 'hero' for protecting her niece, Winter, from the hail of bullets.

Her family is now raising money for her medical care on GoFundMe page found here. They have raised $46,000 of their $50,000 target.

In the description, they say: 'She was shot somewhere in the back of the head. During a CT Scan they found her skull had been fractured, and have removed a piece of her skull to allow room for it to swell.

'She is currently on a respirator, with a tube near her forehead to allow the blood to drain.

'It is unknown how long she will be in the hospital or if she will ever fully recover. The doctors predict she will have a long road to recovery.

'She will be in the hospital for at least 2-3 months with the piece of her skull removed, then even longer once it is put back in place, then she will be going to Gillette Children's Hospital after that.'

Mesich is in custody on murder and attempted murder charges.