She said the message came when she was still dealing with the trauma of a miscarriage. 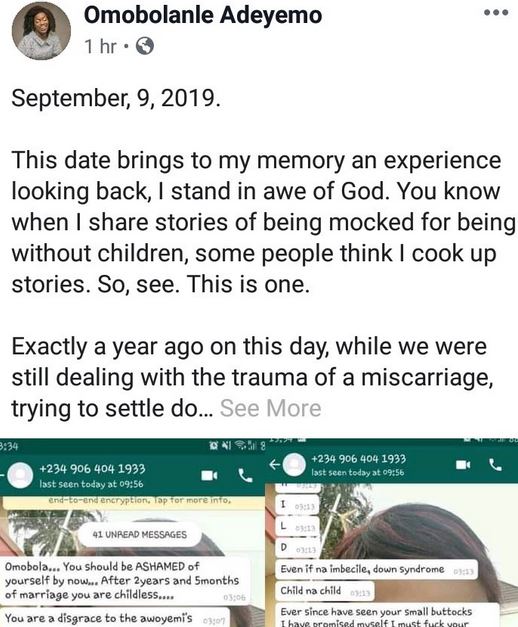 A Nigerian woman who recently welcomed a son has shared the message someone sent to her some months back when she was still seeking the fruit of the womb.

Omobolanle Adeyemo received the message on September 9, 2019. She had been married for 2 years and 5 months but had not given birth so someone sent her messages on WhatsApp to mock her.

She said the message came when she was still dealing with the trauma of a miscarriage.

Sharing the screenshot of the message, Omobolanle told of how she cried after receiving it and how it affected her. She said she married as a virgin but the hurtful message made her question herself. 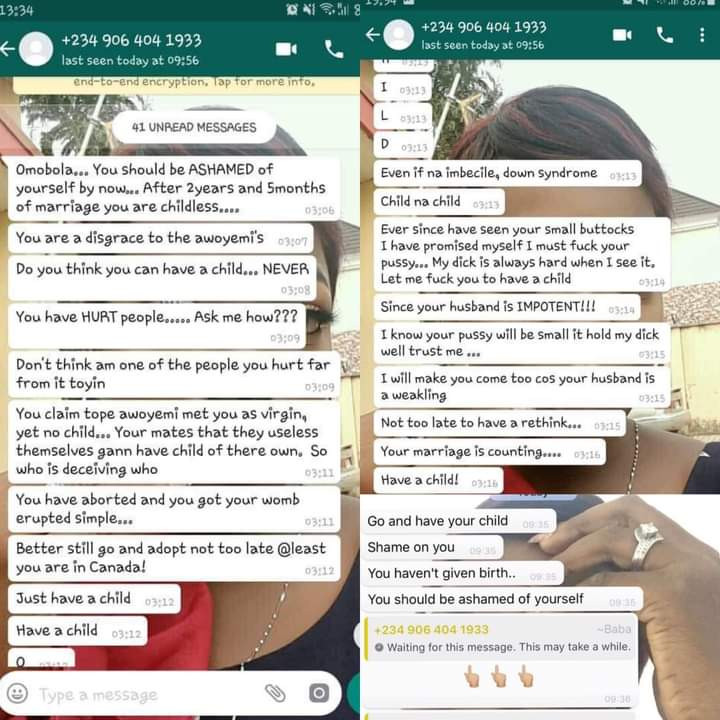 Below is the caption she shared alongside the screenshot; 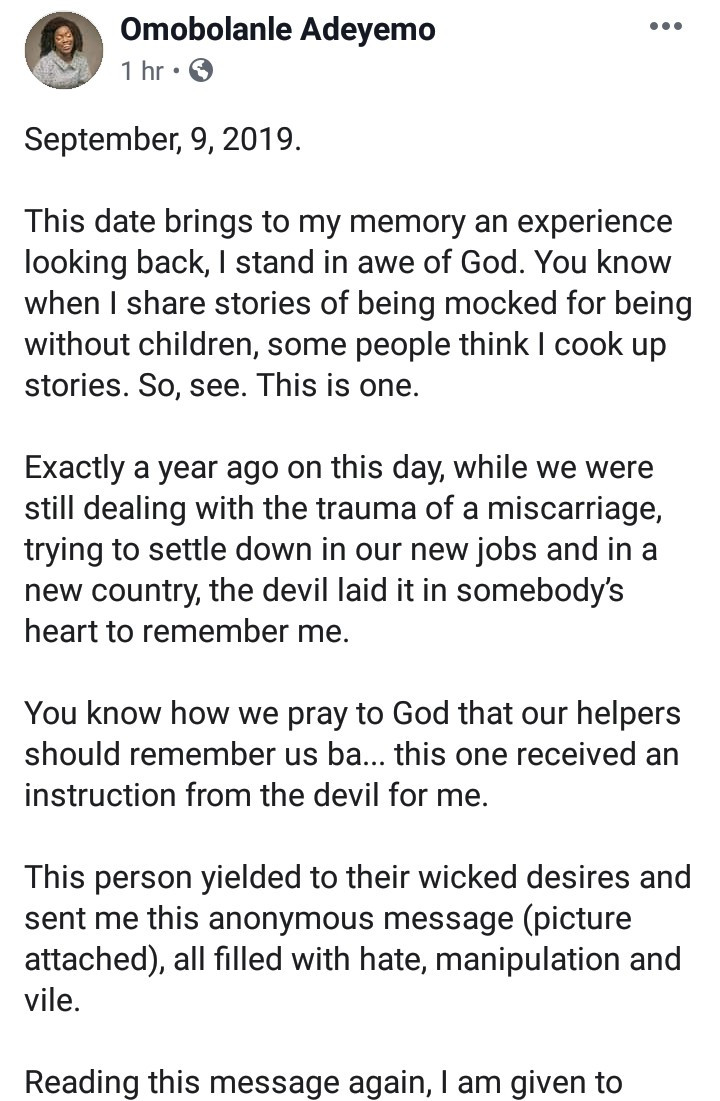 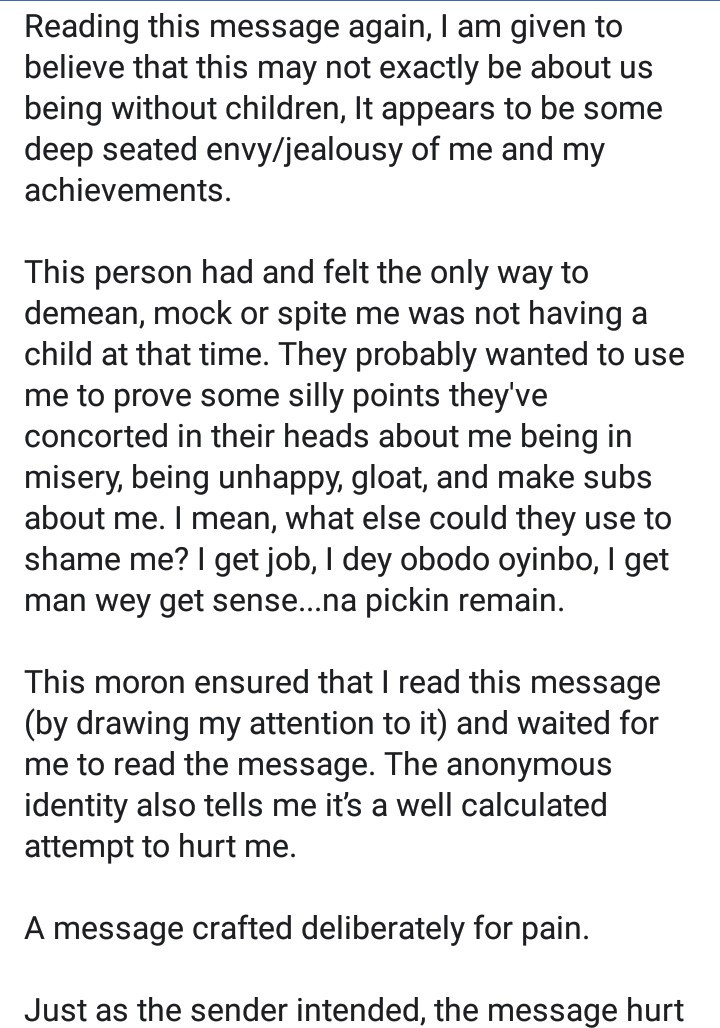 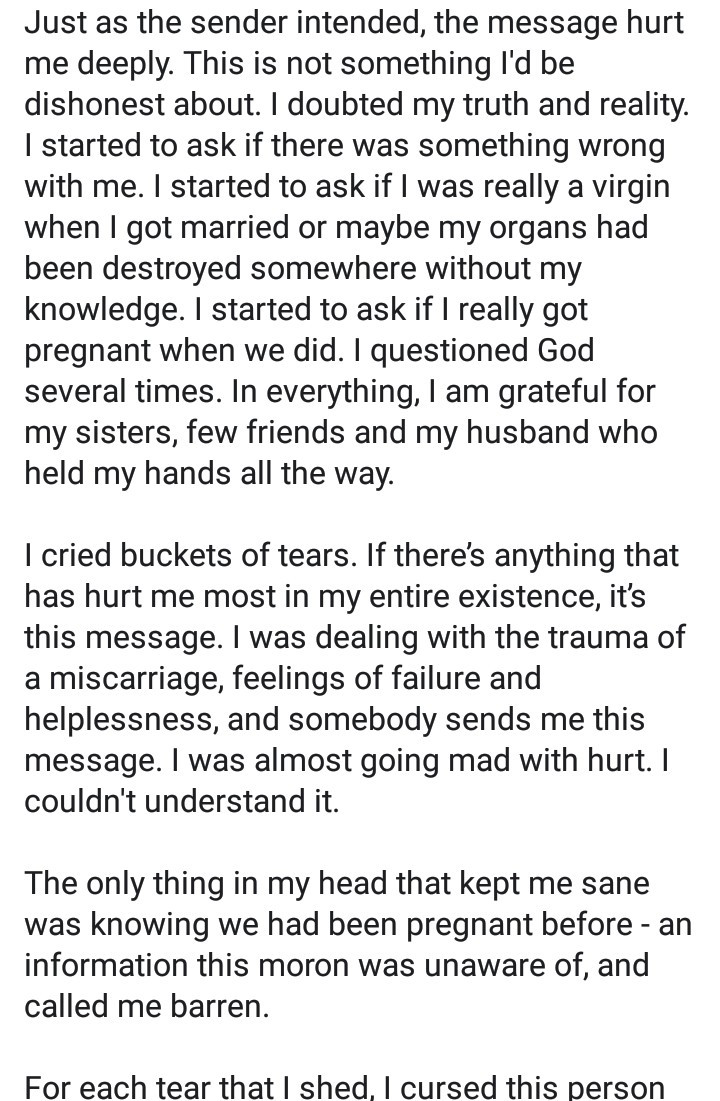 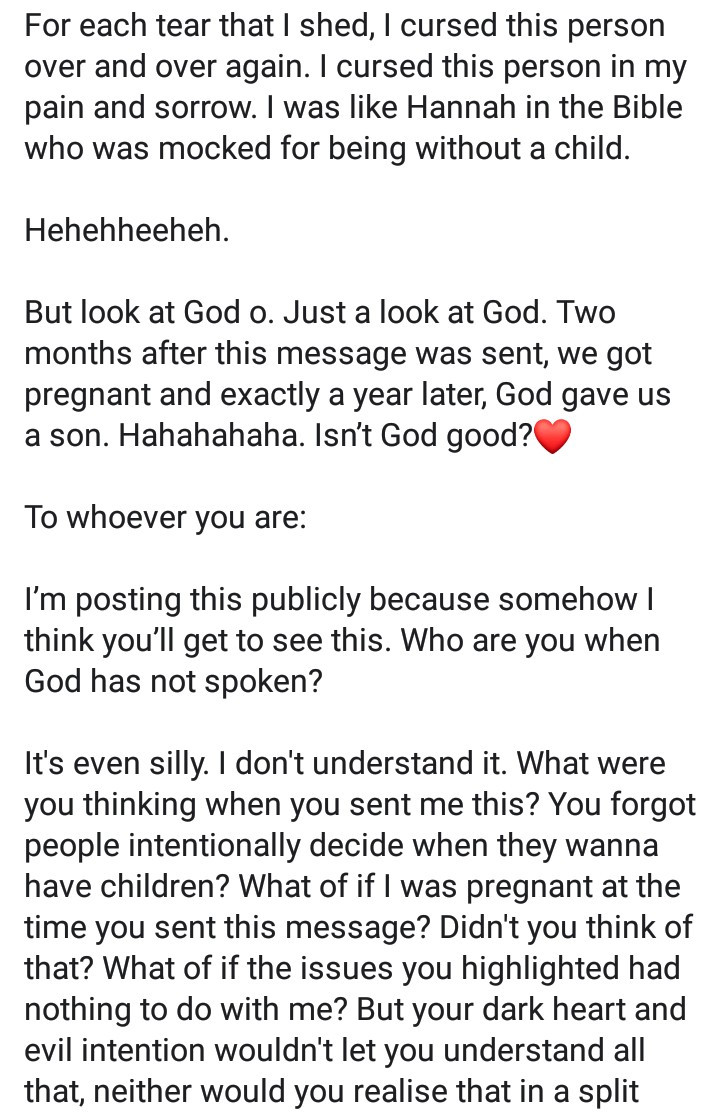 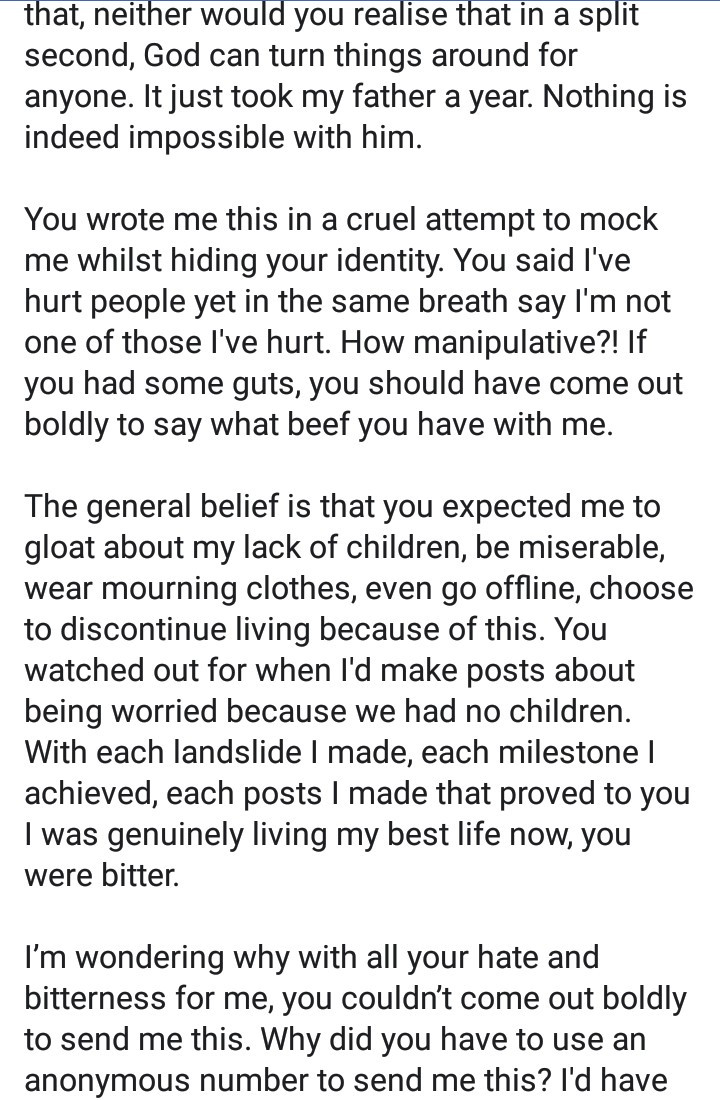 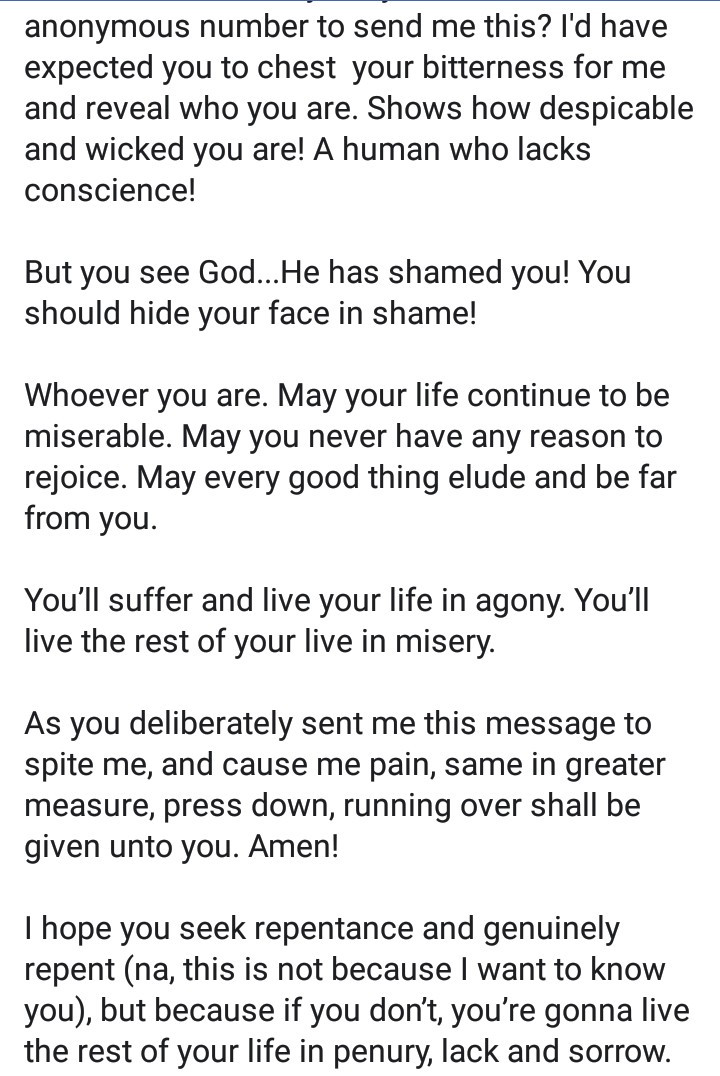 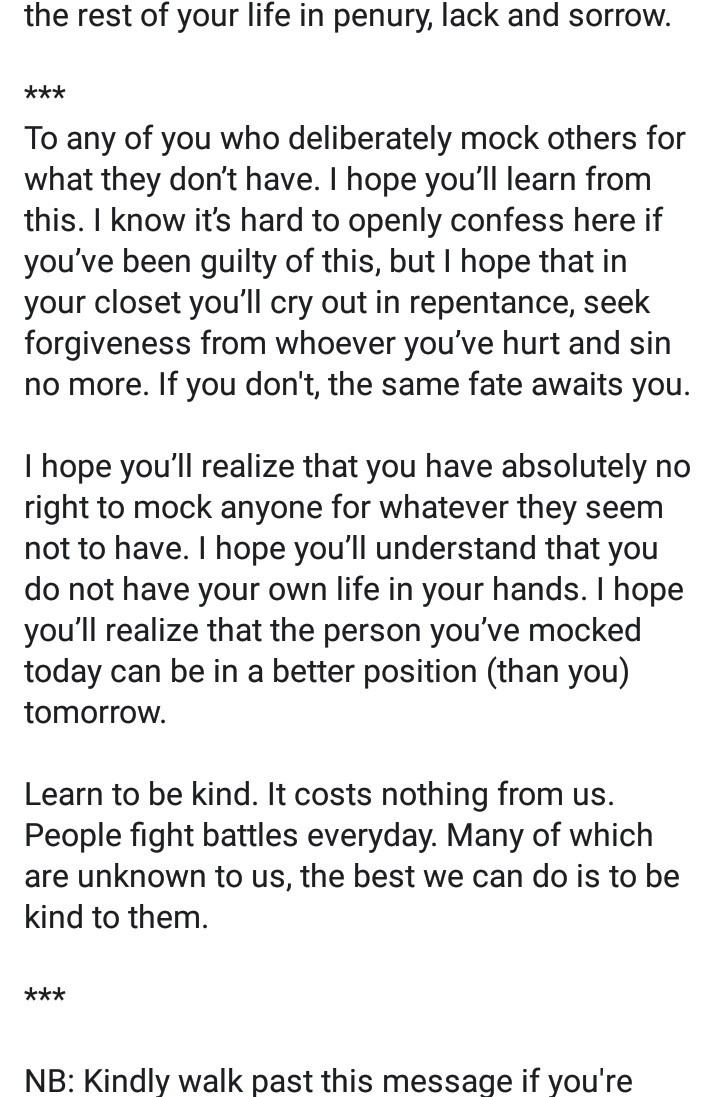 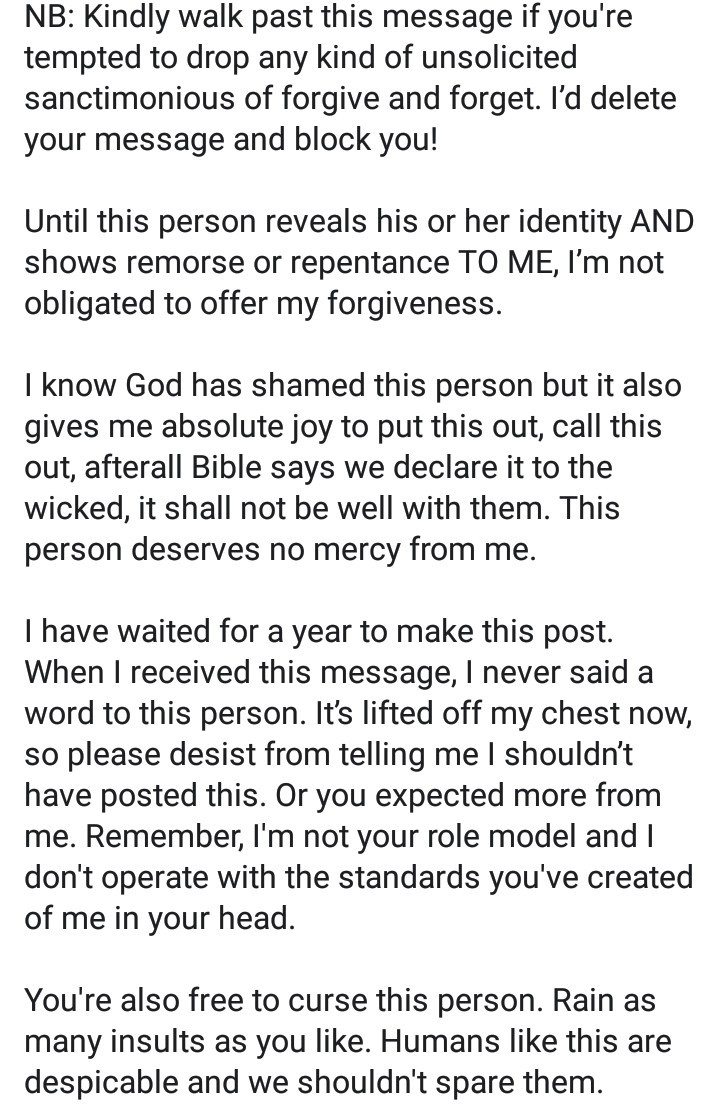